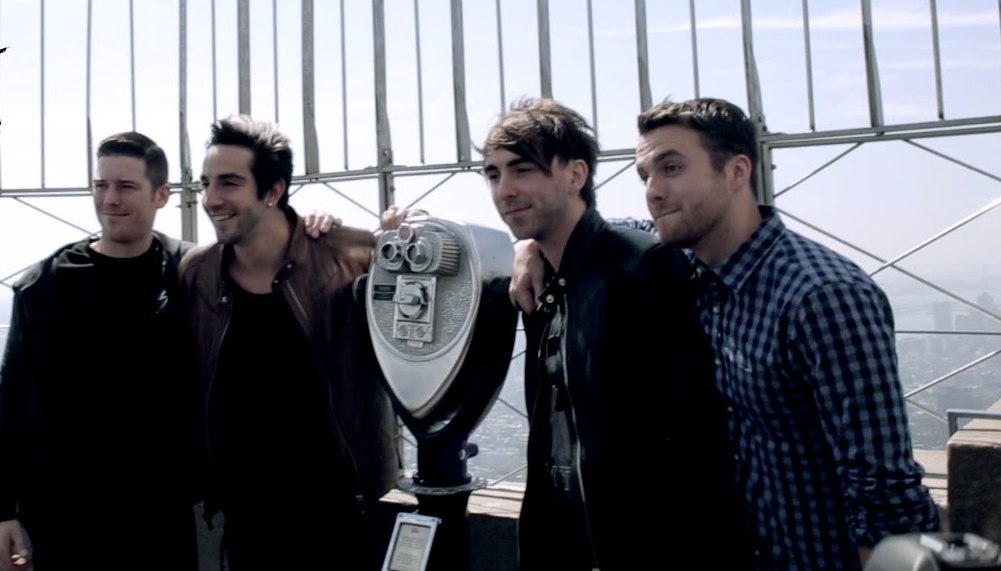 The new album, Future Hearts, contains 13 tracks, plus 3 bonus tracks on the deluxe edition. Besides «conquering» the highest NYC sightseeing platform with a live performance, marking the release of the new record, this morning the band also appeared on BBC Radio 1 and played an acoustic cover of Sia’s №1 song, «Elastic Heart.» Have a look at the BBC video below and share the news with the rest of All Time Low fans!