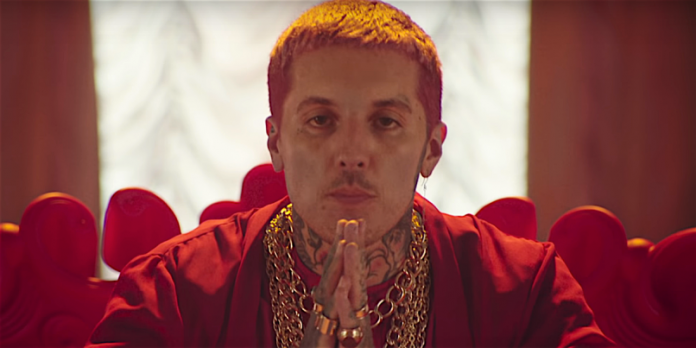 The latest Oli Sykes’ Instagram post has been enjoying unparalleled exposure, with almost 200.000 reactions right now and an endless stream of comments. Why? Well, since Bring Me The Horizon’s new album, amo, came out, the band’s fans have split into two polarized camps. The vocalist, Oli Sykes, could have ignored the unpleasant comments on their record, as «haters gonna hate, hate, hate», as Taylor Swift pointed out. But the singer decided to risk and address the negative feedback.

The vocalist, Oli Sykes, could have ignored the unpleasant comments on their record, as «haters gonna hate, hate, hate», as Taylor Swift pointed out. But the singer decided to risk and address the negative feedback.

This past Saturday, Sykes took to Instagram to post a lengthy message to those disappointed with Bring Me The Horizon’s new album, amo. In the post he says he totally understands those who keep on craving for good old metal and hardcore in BMTH as they’re far from their earlier sound on amo:

“I 100% support and encourage people’s true opinions and if you are someone who’s only a fan of metal & hardcore with no exceptions, you are well within your right to hate this,” writes Sykes.

On the one hand, the vocalist seems to keep his cool and says he enjoys such amount of both positive and negative reactions. “I love how much this record is polarising peeps”, he claims. “Hasn’t been like this since we released Suicide Season. A lot of kids were quick to shit all over it.. because it was something very different from the scene we was in.»

But at a closer look, it appears that the singer has been quite bothered by all the where-are-good-old-bring-me-the-horizon comments. Further on in his post, he asks the haters to not discard the new album after the first listening and give it another listen. Or two.

“If you are open to more. All I’m saying is if you judged this record after 1 listen, maybe go give it another 2″, suggests Sykes. «I’m pretty confident you’ll surprise yourself… But it’s so exciting to of made a record that makes people feel so much.”

No need to say, this «suggestion» will spawn another flurry of Instagram debates, because hateres are not likely to re-listen to what they’d already «shit all over». So, this morning Sykes decided to delete his post entirely…

But it doesn’t mean Bring Me The Horizon are not satisfied with the new record themselves. For one, the album’s first single, ‘MANTRA’ is nominated for a Grammy award this year. Or… is it just another indicator that the band’s heavy days are gone and they are moving into a pop-direction?

The band is now on the tour of the U.S. with Fever 333 and post-hardcore veterans Thrice. See the list of the upcoming tour dates below.