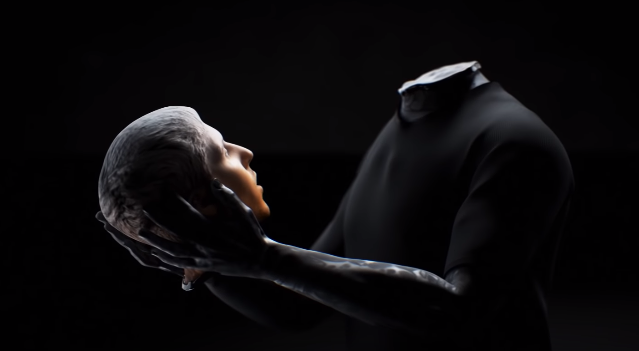 Bring Me The Horizon have finally stopped teasing fans and just presented the new music video for the song ‘medicine.’ The track is featured on their upcoming album amo, scheduled for release on January 25.

The music video is far from an ordinary one and deserves quite a few lines. The computer-generated graphics are polished, really creative, and safe to say, horror-film-inspired. Some scenes might be pretty hard to watch (or appreciate) but there’s no doubt the guys did massive work to get it done the proper way.

And by the proper way we mean that the band intended to create “a cyborg version of Oli getting off with himself”, as reported by NME. The band’s keyboardist Jordan Fish described the track as “a mixture of the electronic and radio-friendly elements”.

Bring Me The Horizon had previously released two other album singles, ‘MANTRA’ and ‘Wonderful Life’ from the forthcoming amo album, making it the third revealed track from the record.

This January you’ll catch BMTH on a leg of their First Love World Tour in the U.S. The guys are bringing Thrice and Fever 333 as support with them. You can see the list of dates below and get your tickets here now.

Bring Me The Horizon 2019 Tour Dates: