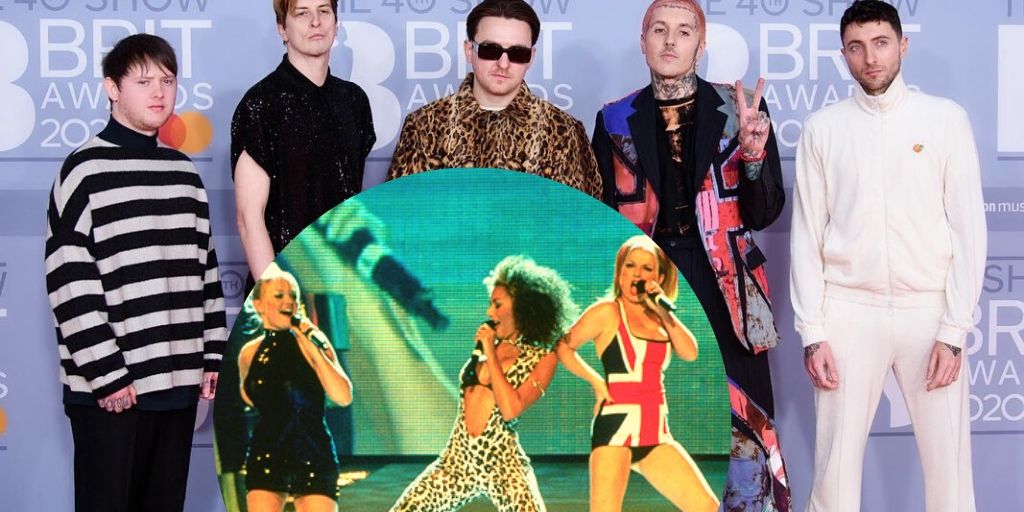 If you wannabe like Spice Girls, just ask BMTH…

The O2 stage in London, which hosted Brit Awards 2020 on February 18, had never seen such a transformation before. The members of the metalcore band Bring Me The Horizon came to the ceremony dressed up as the hotties from Spice Girls. The outfits BMTH intended to imitate were those worn by the Spices at the famous 1997 BRIT Awards.

Metalcore men, reminding everyone of an iconic girl band of the late 90-ies? That’s quite a bold step! Check out the heavy group looking like Scary, Posh, Baby, Sporty and Ginger below:

What motivated Bring Me The Horizon to appear in front of the photographers and fans looking like Spice Girls? It’s not like Oli Sykes and his mates had been known as dance and pop music fans. Or maybe they just wanted the 2000-kids to look up the most viral girl band of the 90-ies?

Bring Me The Horizon put photo of their colourful outfits next to the 1997′ Spice Girls pic and captioned them simply “🌸girl power🌼”.

The musicians’ brave move didn’t go unnoticed. Melanie C, a.k.a. Sporty Spice, was also at the music ceremony and took a photo with Sykes & Co.

As for new music from Bring Me The Horizon, recently Sykes and Jordan Fish spoke about writing new music. Though the answers weren’t very informative about the sound of the new material, the band revealed how the writing was going.

“Yeah we’ve gone straight back into writing to be honest,” Sykes told NME. “We’ve just been in Amsterdam for a couple of weeks. Just writing.»

(Well, so many artists and musicians drew their inspiration in Amsterdam…)

«The concept and ideas of what we’re thinking are just different every day. We thought we might have an idea of where we wanna take it and I think it’s just going to be a cosmic force that keeps pulling us in different ways. So, it’s going to be unexpected again.”

After unexpected Brit Awards outfits, are you ready for unexpected music tunes from BMTH? Let us know in the comments on AlteRock Facebook and AlteRock Twitter!