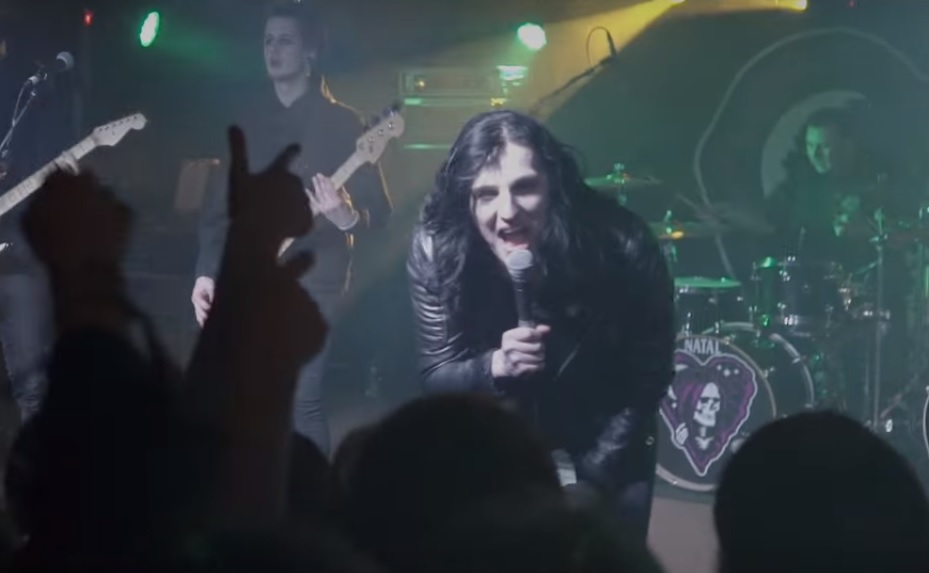 Southampton gothic punk-rockers Creeper have released a new music video for the track ‘Astral Projection’, featured on their latest EP, The Stranger. The clip is full of live show energy, with the audience going as wild as they possibly can, jumping in a mosh pit, stage diving and simply having a good time. Check out the video below.

To many, Creeper’s sound reminds that of AFI. And the new video is the evidence that this resemblance spreads to their shows as well. The live footage in ‘Astral Projection’ is obviously taken from the band’s recent live shows, so the Creeper guys’ drive and the crowd’s support and frenzy are authentic and raw.

The UK punk-rockers can be congratulated for being nominated in the category Best Underground band in the upcoming 2016 APMAs, Alternative Press Music Awards. The band’s latest EP, The Stranger, came out February 19, 2016 and is a follow-up to their 2015’s EP, The Callous Heart.

Watch the ‘Astral Projection’ video below and vote for the band, if it’s exactly what you like.