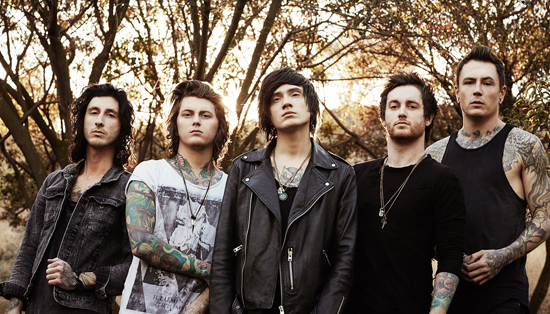 Last night, at Metal Hammer’s Golden God Awards Asking Alexandria beat their rivals in the category Best UK Band. Our congratulations to the band! AA’s new album, The Black, landed in the US Billboard Top 10 and UK Official Chart Top 15.

Besides, AA’s guitarist Cameron Liddell was celebrating his birthday the same day, June 13. Lindell commented that it turned out to be the best birthday gift he ever got. «I could not be happier, the best birthday present ever,» Liddell told Newsbeat after the ceremony.

Among the bands you frequently read about on AlteRock, Asking Alexandria was not the only act that took home a prize. Up-and-rising British outfit Creeper was named this year’s Best New Band.

«I can’t believe it,» said frontman Will Gould. «When I was a kid I used to read Metal Hammer (magazine) all the time, so it is incredible for me and the rest of the band that they have supported us in this way.»

Grammy winners 2016, Swedish rockers Ghost, picked up the Best International Band award. they can be extremely proud of themselves, now that they’ve made it on both sides of the Atlantic.

Honored to win the award for «Best UK Band» in the #GoldenGods! Thanks again to @MetalHammer & all the voters. pic.twitter.com/tbQFpQlT1I