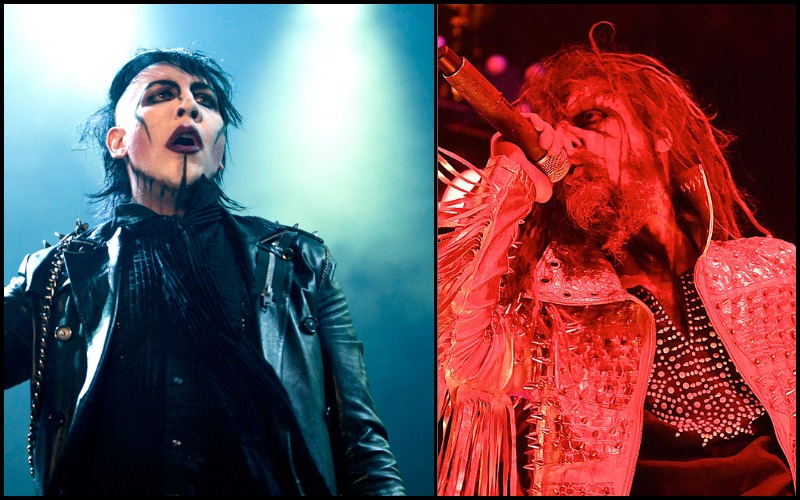 Marilyn Manson and Rob Zombie are readying to head on a joint tour titled Twins of Evil: The Second Coming Tour, and they’ve got a treat for fans even before hitting the road. The two rockers they had been thinking long about jamming some song together onstage. The original idea expanded to recording a joint cover of The Beatles‘ ‘Helter Skelter’. Give it a listen below!

Today the musicians have debuted the cover live at the joint show in Detroit. See the live footage below. Zombie immediately took to Instagram to post the pic from the performance straight away.

In a new interview with Rolling Stone, Zombie revealed the story behind the recording:

“We had been talking about doing something together for these shows — that he should come onstage during my set and we’d do a song. But we couldn’t think of what song. After we talked, later that night I was home and I just thought, ‘The obvious song is ‘Helter Skelter’!’ It’s so obvious that neither one of us thought of it!

“And then I figured, well, rather than us just doing it onstage, why don’t we take it one step further and record it and put a new spin on it? That way, rather than just doing some impromptu jam together, now the fans will go, ‘Oh, there’s the song I’ve already heard, and now they’re doing it.’”

The Beatles recorded ‘Helter Skelter’ back in 1968 — you can find the track on the Liverpool musicians’ record The White Album. Zombie and Manson call their version a “heavier, weirder and more groove-oriented” cover of The Beatles’ song.

Let’s see if Manson and Zombie get along on this new Twins of Evil tour. Why? Because their previous joint endeavor, a 2012 co-headlining run saw the two rockers regularly «needle» each other on stage and beyond. Just check out this 2012 live footage (by coincidence, also from Detroit), where Zombie strikes back at the shock rocker, adding «some tours don’t f—ing go together»:

Watch today’s live debut of ‘Helter Skelter’ from Detroit and hear the original song by The Beatles below. Whose version do you like best?