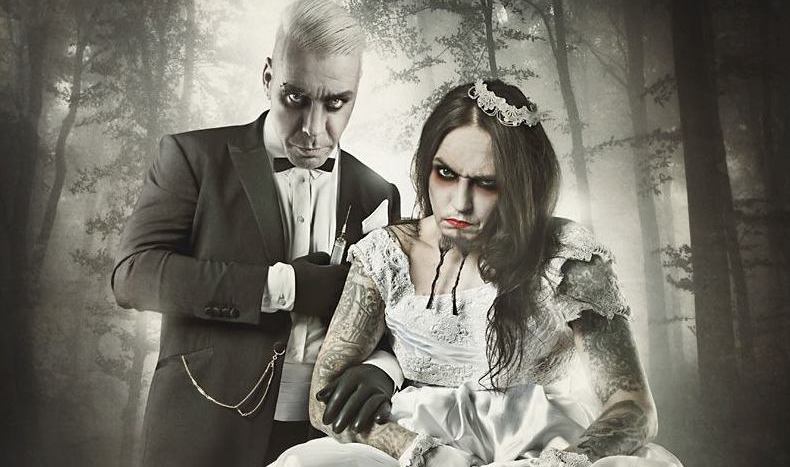 What happens when two monsters of industrial metal who have Germanic origins and similar hatred-driven music meet up? That’s right! They get married and have a music offspring. Meet Till Lindemann and Peter Tägtgren’s joint project, Lindemann!

«At 18 or 20, it’s natural to have a gang around you. But in your 40s or 50s, it’s not normal to be around five guys the whole year», said Rammstein’s guitarist Richard Z. Kruspe in an interview with UK’s Kerrang! magazine on why Rammstein went on a break. «Normally you’d start a family, have children. It’s like a marriage with six guys who are never having sex. People get frustrated!»

Heh, well then Till Lindemann had obviously not been satisfied with his harem of 5 Rammstein spouses, and announced the Swedish musician Peter Tägtgren his favorite wife. Thousands of Facebook users are now posting comments on the official Facebook page the new project called Lindemann crowned with the wedding photo of Till Lindemann and Swedish producer and multi-instrumentalist Peter Tägtgren (Hypocrisy, Pain) (featured). Why can we see goat legs instead of Peter’s legs, is the question that hasn’t been answered yet by any of the «newlyweds».

What we can hypothesize with a high degree of certainty is that Lindemann’s music direction will be somewhere in between Rammstein and Pain sound, since both bands play energetic industrial metal with catchy melodies to it. If only Tagtgren’s main band, Hypocrisy doesn’t pull the style to a more death metal side, which would be definitely must-hear stuff on the part of less heavy Till Lindemann’s sound.

As for Rammstein’s music path, the band’s 2009’s album Liebe Ist Für Alle Da is the last longplay we’ve heard so far, which was followed by best-hits compilation, extensive touring and a DVD with Rammstein complete video collection. In the recent issue of UK’s Metal Hammer magazine the band’s guitarist Kruspe didn’t sound too optimistic whether the band’s potential new records or touring: «We have so many live DVDs right now that we have to work that through. So, I think, at the moment, everyone does his own thing. I think it’s important, because, again, Rammstein was always a band that took their time, that listened to themselves, listened to what they need, how much time they need between.» 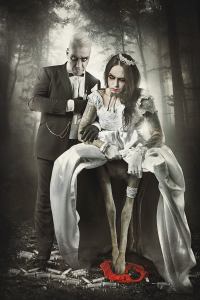 Kruspe does believe though, that Rammstein’s story isn’t over yet. «I think we will come back together. I love touring with Rammstein, and if somebody has a vision for a record, we’ll do another record», he ponders. Meanwhile, band members do what they feel like doing as solo musicians or with their new side-projects: «Flake’s (keyboardist Christian Lorenz) writing a book, Till’s doing some kind of solo thing, but I haven’t heard anything,» he told Kerrang! magazine. «That’s the other problem. We’ve been through so many years together, we’ve lost contact in a way».

Peter Tägtgren’s band Hypocrisy has been way more active lately, having put out their 12th studio album, titled End of Disclosure in 2013, American gigs and lots of death metal festivals throughout 2014, mostly in the role of the headliner. Peter’s one-man industrial metal project Pain has been low-key over the past couple of years, with the band’s last album to date You Only Live Twice, released in 2011.

However, Tägtgren says, his recording label Abyss is his biggest passion. Abyss Studio has been home for records of Dimmu Borgir, Therion, Children of Bodom, Immortal, Dark Funeral и Sabaton. Let’s see whether Lindemann is another purely industrial metal project, or are we about to discover Till Lindemann’s darker side…

«Eye for an eye, a tooth for a tooth», BAD OMENS go fierce in uncompromising new single ‘Artificial Suicide’