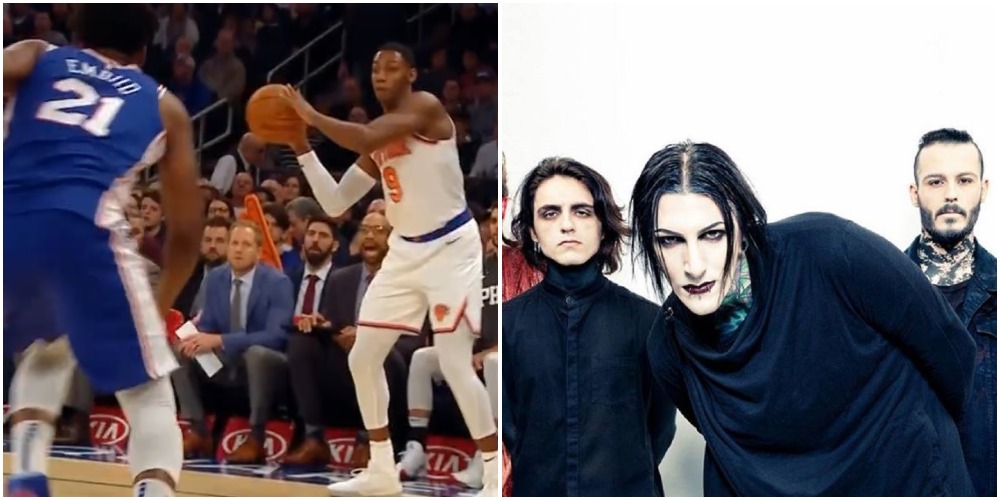 «Thunder for a soundtrack»: Motionless In White got an honor to be the «soundtrack» of today’s Knicks game

Motionless In White’s fifth album Disguise, released last June, quickly became fans’ favorite and was played on repeat. But one thing is to hear it played on the radio or in your headphones and totally another — on the TV during a Knicks game. Yes, the band’s track ‘Legacy’ accompanied Friday Night Knicks game today!

Chris Motionless and Co. have shared this special moment on social media, saying they feel honored: «Thank you so much to the @New York Knicks for using «Legacy» during your #FridayNightKnicks game. We are honored to have been played in The Garden,» the band wrote. Check out the video fragment from Friday Night Knicks with MIW music below.

More: 13 interesting facts you might not know about Chris Motionless

‘Legacy’ was a perfect choice, it seems. The song is a life-asserting one, encouraging to stand up and never give up:

Motionless In White’s latest studio album, Disguise, came out on June 7, 2019, and the band has been touring extensively since then. Next year the group will co-headline a tour with Beartooth. You can see all the tour dates below and get your tickets here.