More: No kidding! MARILYN MANSON launches sex toy with his face on it

The doctor is ready to see you now…

«The Doctor is ready to see you now, fellow patients. The practise has now finally opened. Next please!»

The variety of merch doesn’t end there. From Doctor Dick shirts to baseball hats, bags and even socks. As a special item for their Russian fans, Rammstein vocalist even made «Наааааахуй» girlie and men’s T-shirts, the word, which roughly stands for «To dick!» in Russian language.

Doctor Dick also sells condoms and NSFW items, signed by Lindemann himself, according to Alternative Press. You can check all Lindemann’s sexy merch items here. 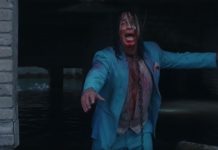