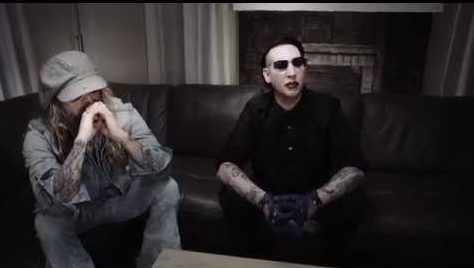 When Rob Zombie and Marilyn Manson joined forces for a tour again, we knew we could expect surprises…

Marilyn Manson had to cancel his show at Budweiser Stage due to “unforeseen illness”, as Loudwire reports. Rob Zombie decided to make up for this sudden absence of his stage pal with an extended set, including the surprise cover of Manson‘s version of Eurythmics’ ‘Sweet Dreams’ last night in Toronto. Watch Zombie’s cover below.

More: Marilyn Manson opens up: I don’t like being intimate

Zombie and Manson have been touring together this summer with the Twins Of Evil – The Second Coming tour. Be sure to check out the remaining Twins Of Evil tour dates below.

Marilyn Manson’s take on Eurythmics’ original ‘Sweet Dreams (Are Made of This)’ was featured on the rocker’s 1995’s Smells Like Children EP. It became the shock rocker’s first breakthrough, which skyrocketed him to No. 26 on Billboard‘s Alternative Songs chart the following year.

In case you’d like to re-watch Manson’s version of the song, here it is: