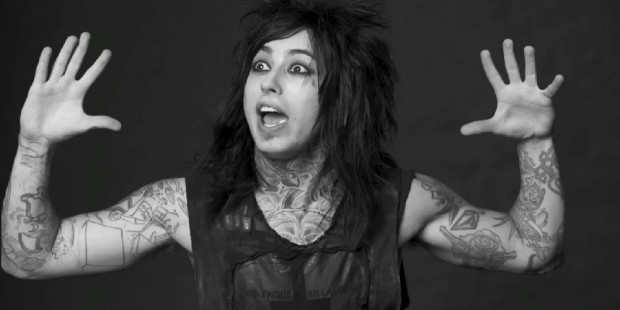 Is the singer talking about the fans who are unhappy with the band’s new track, ‘Loser’?

This past Friday, Falling In Reverse launched the second new track featured on their upcoming album, Coming Home (due out April 7). From the lyrics you can feel that the new single, titled ‘Loser’, has a very personal touch to it.

While the majority of fans are sharing how happy they are the band is releasing new music, even though it sounds softer than the band’s earlier stuff, others are expressing strong disapproval of the band’s more-feeling-and-less-metal approach.

It might be these mixed reviews that are bugging Ronnie Radke who took to Twitter to post the following #wisewords the day after the release of ‘Loser’:

For every 5 people that are happy with you there is always 1 that is upset at you ? #wisewords

What do you think of Falling In Reverse’s new track, ‘Loser’? Are you ok with the band’s new, softer sound or can’t you forgive the band for choosing to be «more feeling and less metal»? Share your thoughts in the comments, and join AlteRock Facebook and Twitter to stay tuned for rock and metal news.