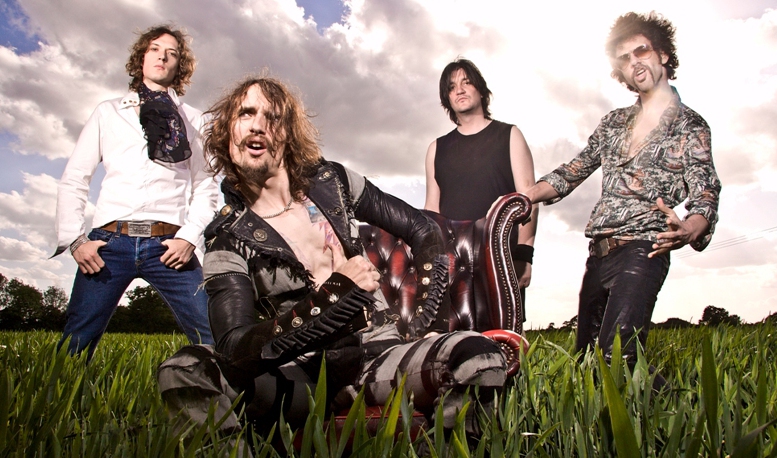 The Darkness have recruited a new drummer — Emily Dolan Davies

According to Blabbermouth, the British glam metal band The Darkness have made up their mind who will be the band’s new drummer. They chose Emily Dolan Davies to be in charge of the drumsticks. 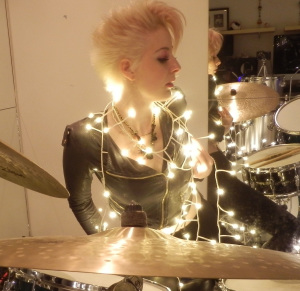 Emily previously worked with Bryan Ferry and Tricky, and the band feels «revitalized» with her on the drums. The band’s frontman Justin Hawkins assures «she’s a hard hitter». Here’s what he told UK’s Classic Rock magazine: «She’s got the chops and the attitude that you need to be The Darkness’s drummer. She also makes us feel like dirty old men.» Watch Emily do a drum mix of outtakes from her favorite songs below.

The Darkness split with their original drummer Ed Graham earlier this year due to health problems, which didn’t come off as much of a surprise, as his helth issues had been openly publisized. «He wasn’t capable of doing his job anymore. We’re still friends with Ed. But now that we have Emily in the band, the worry is gone», Hawkins comments.

The band has just completed recording its new album, «Cliffhanger». The fresh longplay is scheduled to be released in March 2015. The material for the new album was written on a remote island just off the coast of Ireland. “It’s been a really inspirational place to work and a real luxury to be able to do that», the frontman said to Classic Rock. «There’s really nothing to do but rock out and enjoy the scenery and the Atlantic”. Guitarist Dan Hawkins produced the album, which was recorded at his own Leeders Farm Studio.

The 2012’s «Hot Cakes» successor is «brutal», according to Justin Hawkins. «It’s definitely stripped back — with the exception of some mandolins. But when you’re doing medieval rock, you should have a mandolin on it… It’s medieval rock, but it still sounds like The Darkness. It’s medi-urban, I suppose».