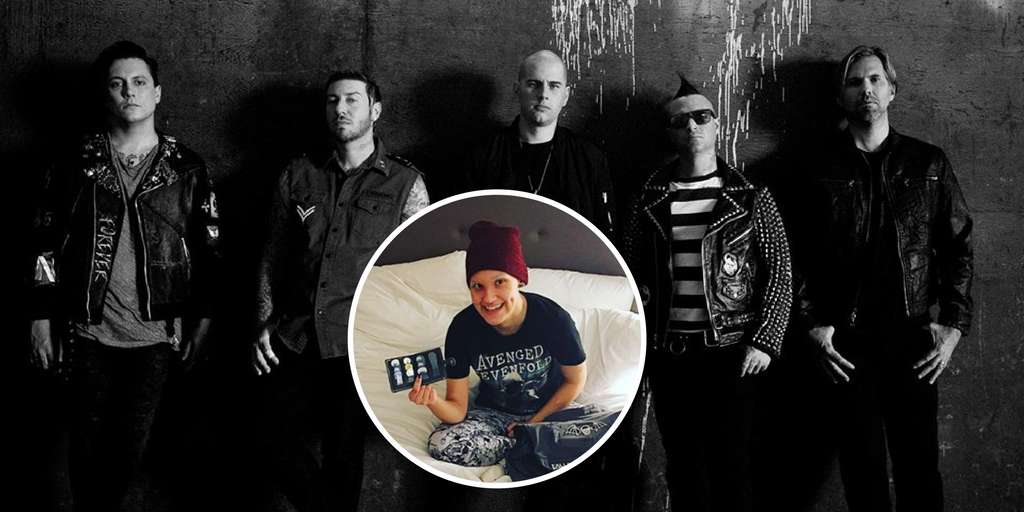 Thanks to Make-A-Wish Foundation, this boy’s wish to hang out with Avenged Sevenfold came true

When we see such inspiring photos and videos of someone else’s dream of meeting their idols come true, we cannot help but ask ourselves: what if I were given a chance to chill with my favorite band? If someone else could get the famous band’s attention, this could be me one day. Who knows, it looks like with Make-A-Wish Foundation’s help you have a chance.

At their recent show in Evansville, Avenged Sevenfold had a backstage meet and greet with their young fan (see the pictures below), gave him all sorts of merch and even sang a song all together. See how they rock ‘So Far Away’ acoustically below:

“At the last show in Evansville we had the pleasure of hosting a backstage meet and greet with a very special and talented individual,” wrote the guys from Avenged Sevenfold. “Desiree, it was so great meeting you and we had such a good time playing ‘So Far Away’ with you acoustically. You have a very beautiful voice. We are beyond honored that you chose us for your ‘Make A Wish’ experience.”

At the last show we had the pleasure of hosting a meet and greet with a very special & talented individual. Desiree, it was so great meeting you & performing “So Far Away” together. You have a very beautiful voice. We are beyond honored you chose us for your “Make A Wish” pic.twitter.com/cxtBssXthi

To other latest Avenged Sevenfold news, in case you didn’t know, the band skipped the 60th Grammys as a sign of protest for rock awards not being televised, despite their nomination for Best Rock Song for ‘The Stage’. Frontman M. Shadows later apologized for not his initial sharp reaction and for saying the Grammys “messed up”:

“What I’m saying is when you’re in a metal category it’s not televised and it doesn’t move the needle forward for metal artists, and I wish they had more respect for the genre. So we’re actually really excited to be in the rock category,” M. Shadows explained.

Thank you for sharing your post show photo with us Desiree! We hope you had a great time. Evansville, IN #avengedsevenfold #thestageworldtour @makeawishamerica