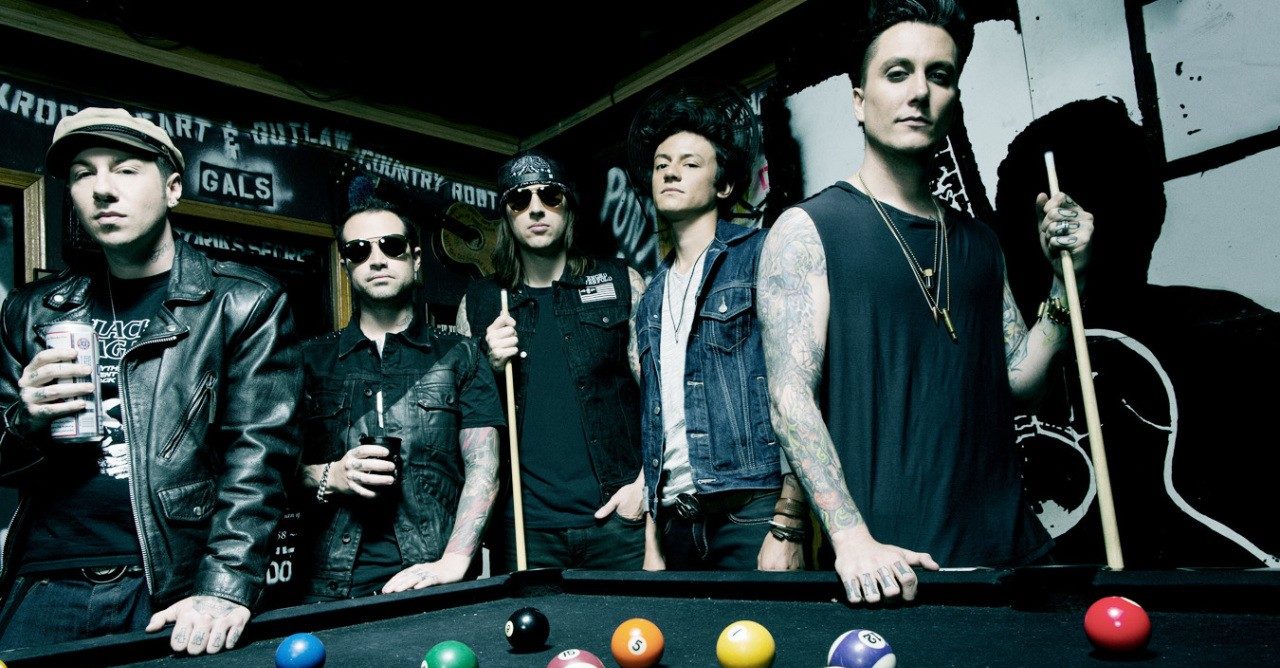 Avenged Sevenfold are treating their fans to a behind-the-scenes video footage from their studio sessions for the track ‘Sunny Disposition’. You can find the song on the band’s new album, The Stage, which dropped on October 28. Watch ‘Sunny Disposition’ video below and leave your comments.

The new album, The Stage, had been kept secret until the night before its release. Despite all the gigantic A7X’s projections of their logo Deathbat, popping up in major cities all over the world, the record has sold surprisingly few units so far but the band’s frontman M. Shadows reassures the media these figures might change in the long term:

“We also take a longer-term view. The average album following a three-month release model typically sees sales drop as much as 80 percent for the second week. We expect some drop-off, too… but we also expect our album sales to continue over a longer period of time.”

Inspired by the work of Carl Sagan and Elon Musk, The Stage is a conceptual record revolving around the themes of artificial intelligence and space exploration. It’s described by the band as “a futurist’s look at the accelerated rate at which technology’s intelligence is expanding and what that means — good and bad — for the future.”

A few days ago, the band’s singer was a guest on Eddie Trunks’ Trunk Nation podcast and shared his thoughts on why A7X decided to release the album as a surprise, what went wrong with Warner Brothers Records and why they switched to Capitol Records. In the interview, he also talks about Arin Ilejay’s departure and Brooks Wackerman’s joining the band. You can hear the podcast at this location.