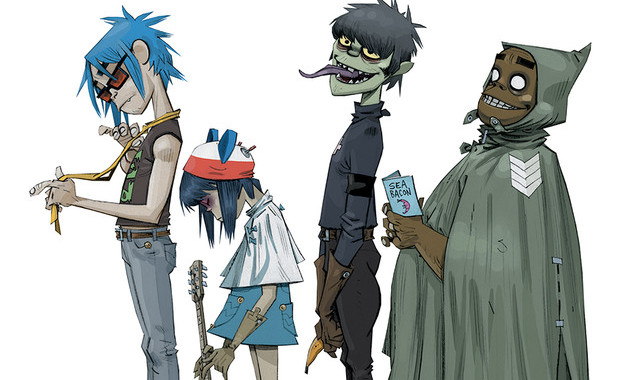 The accompanying text in the mysterious message reads, “…Until next time”

Gorillaz have puzzled all their fans today with a short yet unclear Twitter post, stating ‘The_End’ with the text underneath reading “Until next time” (see the post below).

The band’s social media pages burst with fans’ guesses what this is all about and with excitement that a big announcement about new music from Gorillaz is just around the corner.

If it is in fact the announcement of a new album coming up, then it’s very likely that the record will be released in early 2017. At least, that’s what we heard ealier from the project’s collaborator Jamie Hewlett (illustration, visuals, FX).

Hewlett had told “impatient” fans that the album was not going to be out until the end of this year. His Instagram post said, “2017, yo. Fuck. So, guys, that Gorilla Fund, we got time. Go shop, take vacation, that shit aint happening this year.”

So far all we know for sure is that on May 17 Gorillaz’ collaborator and producer, Remi Kabaka posted a photo of Vic Mensa in the studio with Damon Albarn. Besides, ealier, Hewlett had posted the pictures of renewed Gorillaz members Murdoc and Noodle on Instagram.

What announcement do you hope to hear from Gorillaz in the next few days? Have you recently come across any details about the band’s long-awaited return?