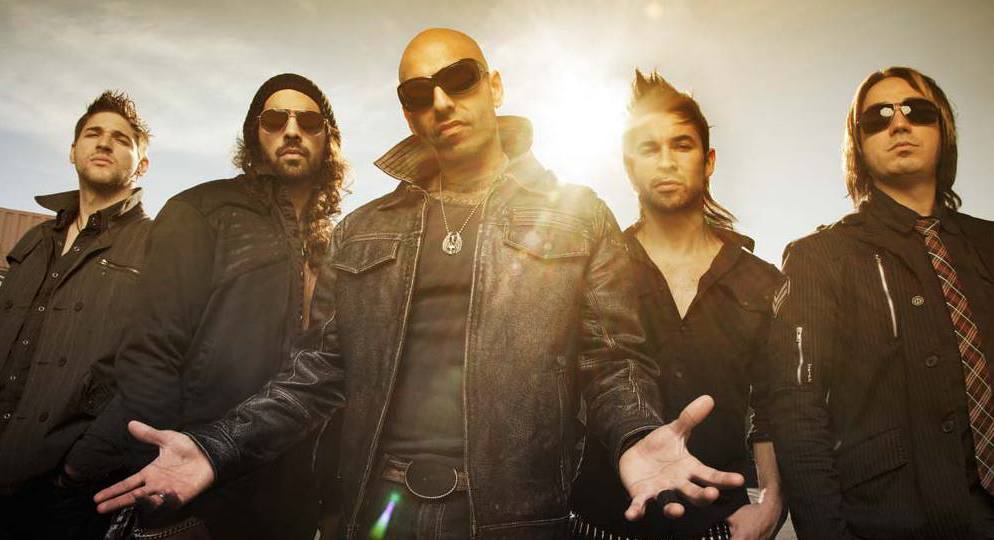 A Las Vegas hard rock/alternative band OTHERWISE has just released a new, conceptual music video ‘Coming For The Throne’, inspired by the idea of travelling back in time to pass a life lesson to their younger selves

‘Coming For The Throne’ is a song, included into the band’s latest album, Peace At All Costs, which came out in September 2014. “The concept for the song came from us imagining that if we owned a time machine, what would we go back and say to our younger selves, when we were starting our freshman years in high school?”, comments Otherwise singer Adrian Patrick. “One of my football coaches once said to me: ‘Adrian, you’re either gonna be President of the United States or dead before you’re thirty.’ That line ended up in the lyrics and I’m glad I could prove him wrong on at least one of those points!

The video itself is a very real representation of Otherwise and what we bring to our live shows. Now, righteously, I am able to play this song for my newborn son in the hopes that every young wise one out there will let the world know that we are all ‘Coming For The Throne’.”

Otherwise began their music path as an independent band, releasing the first two records by their own forces. In 2012, the group signed a contract with Century Media Records and recorded two full-length albums via the label, which let them go on tour with global acts, such as Filter, Papa Roach, Stone Sour, Three Days Grace and P.O.D.

Check out the new music video ‘Coming For The Throne’ by Otherwise below, share it and leave your comments in Alterock Facebook community or on our official Twitter page!