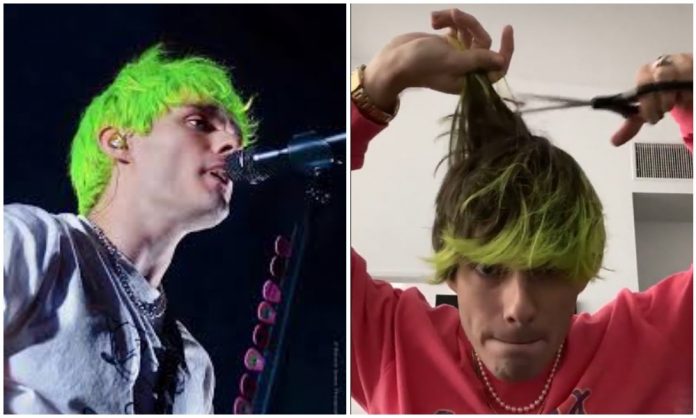 Are you ready for the new era of Waterparks and new Awsten Knight’s look? Why? Because the band’s just said goodbye to their “green era” as the vocalist was mercilessly cutting off his green locks in front of fans during a livestream!

Knight was publicly chopping his hair off on Instagram livestream to the sounds of the band’s new track. Don’t miss this unbelievably brave act in the video below:

In addition to the “renewed” hairstyle, he performed some acoustic songs. And now that the FANDOM era seems to be officially over, fans are can’t help wondering what the new era color is going to be. “Is the next era going to be…BRUNETTE??? N A T U R A L HAIR??” – wrote one of their fans on Twitter.

It’s only been a year since the band’s last album FANDOM came out. Waterparks then shared several remixes for ‘Dream Boy’ and ‘Telephone’. Recently, the group has also announced they will be releasing an official DVD ‘Live In The U.K.’ (expected by the end of 2020). And now material for the new album is, apparently, in works, too.

As for the new Waterparks track you could hear in the background of the stream, its official name is unknown at this point but fans named it ‘Lowkey as Hell‘.

Did you get confused seeing Awsten Knight cutting his green hair locks? What do you think of the new teased music by Waterparks? Don’t miss out on the news about your favorite rock bands – join us on AlteRock Facebook and AlteRock Twitter! 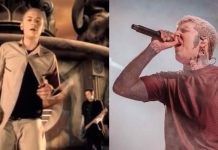