As we reported a week ago, MTV is intending to host the Video Music Awards on August 30, and not even the coronavirus pandemic is going to stop it, it seems.

First, MTV VMA voting opened in the nomination Best New Artist. The nominees included such up-and-rising singers as YUNGBLUD and Doja Cat. You can keep on voting until the very day of the ceremony, August 30.

Today, MTV has shared the full list of nominations for 2020. Let’s take a look at this year’s Best Rock category.

The list is presented by amazing powerhouses: blink-182, Coldplay, Evanescence, Fall Out Boy, Green Day and The Killers. That’s one unprecedented list of pop-rock titans MTV has selected!

Interestingly, most of the nominated songs are really good-mood and upbeat. Well, we have to cheer ourselves with all the pandemic going on this year, don’t we?

Hopes are high for Green Day with their so-green-day-sounding ‘Oh Yeah!’. The music takes us to old-school Green Day albums, yet it sounds like 2020 Green Day as well. But don’t let fun rhythm mislead you – its message isn’t purely entertaining:

“I got blood on my hands in my pockets”, “Ain’t it funny how we’re running out of hope?”

Another upbeat competitor in Best Rock category is blink-182 with ‘Happy Days’. The song might not be the catchiest one in blink-182’s recent discography but the message certainly gives food for thought:

The list continues with a light “woo woo” chanting Coldplay hit ‘Orphans’, talking simply about feeling young again and having fun with your circle of friends.

The Killers powerful ‘Caution’ from the new album Imploding The Mirage makes us sigh about all the broken plans to travel and get away from the routine this year:

As we move on, it comes as a bit of a surprise to see such a light song with a openly ironic video – Fall Out Boy ft. Wyclef Jean’s ‘Dear Future Self (Hands Up)’ – among the nominees. It might have been in heavy rotation in the U.S. but went pretty unnoticed in Europe, unfortunately.

One standing out nominee is this category is Evanescence with their ballad ‘Wasted On You’. Unlike the others in the Best Rock category, Amy Lee brings in a darker emotional note in this melodic track:

The rock and alternative lists of the 2020 MTV Video Music Awards nominations can be seen below:

How are you still not following us on AlteRock Facebook and AlteRock Twitter? Join us today and feel free to comment on all the rock news and just-released tracks and videos! 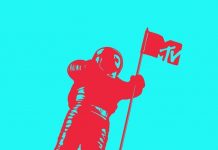