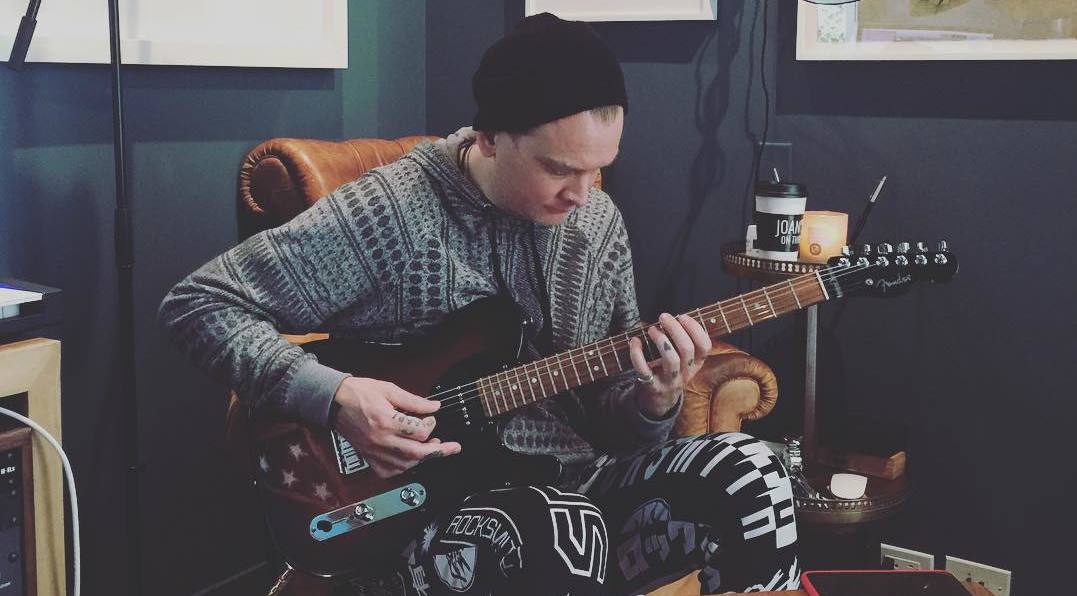 Lately, Blink-182 vocalist/bassist Mark Hoppus has been actively posting studio photos and his diary scans via Instagram, which are obviously showing Blink-182 are in the process of working on their new material, together with Matt Skiba.

The band is not disclosing much yet as to when the new music is to be expected, keeping their fans waiting. But judging by the recent image of a hard drive on Instagram, labeled ‘blink-182 2015′, media tend to believe that new Blink-182 are possibly releasing new stuff by the end of this year.

Matthew is making the rock and roll style music with a plank of wood.