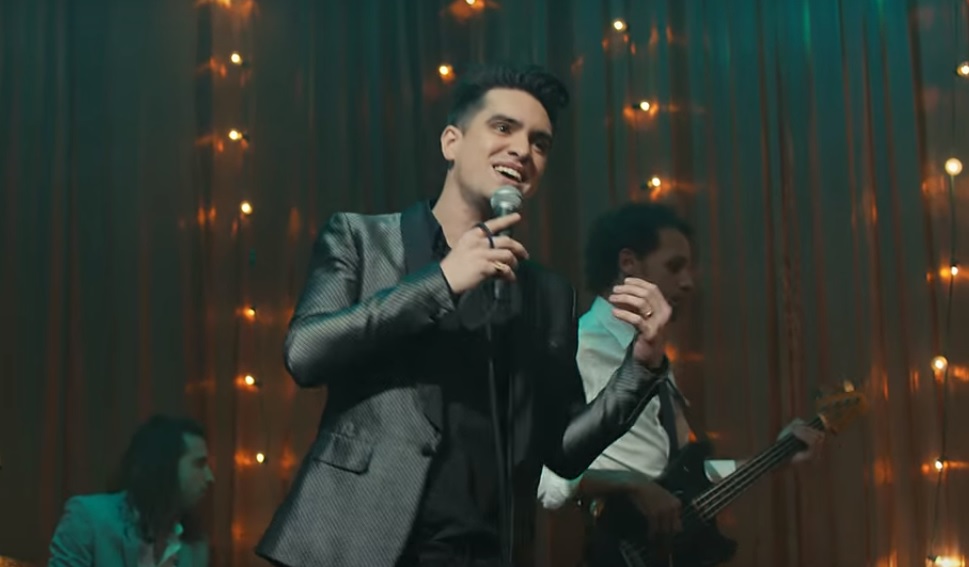 Panic! At The Disco’s Brendon Urie has teamed up with rapper Lil Dicky for his new video, ‘Molly’

Rapper Lil Dicky has put out a new music video for his track ‘Molly,’ which also stars Panic! At The Disco’s frontman, Brendon Urie. ‘Molly’ can be found on Lil Dicky’s debut album, Professional Rapper, released last year. Watch the video for ‘Molly’ below.

Watch: Check Out Brendon Urie Sing ‘Victorious’ and Do Backflip on The Late Late Show

In the wedding-themed clip, the friends of the groom are making him freak out about his upcoming marriage, as he prepares to walk down the aisle. Urie is not only a guest singer in the track but he also plays the role of a wedding singer in the accompanying music video. Smart, sharp dressed, and cool, as usual.

Panic! At The Disco have recently shared a creepy, unpleasant for the eye, yet funny music video for ‘Don’t Threaten Me With A Good Time’, directed by Tim Hendrix. The track is Panic!’s latest single from their chart-topping new album, Death Of A Bachelor. If you’ve missed it, watch the clip at this location.

Catch Panic! At The Disco on the road as they are touring with the new record. Urie and his band mates have finished their European tour leg and are flying back to the US for a large North American tour with Weezer, with the dates booked from June 10 to August 6 (see the list of tour dates below).

More: Tweet of the Day – BRENDON URIE takes a picture of Zack Hall taking a Picture – check it out here

Check out Lil Dicky new video, ‘Molly’, featuring Brendon Urie, below. Be the first to leave your comments, share the article, and stay tuned with Alterock Facebook and Twitter to never miss on the news about your favorite alternative music!