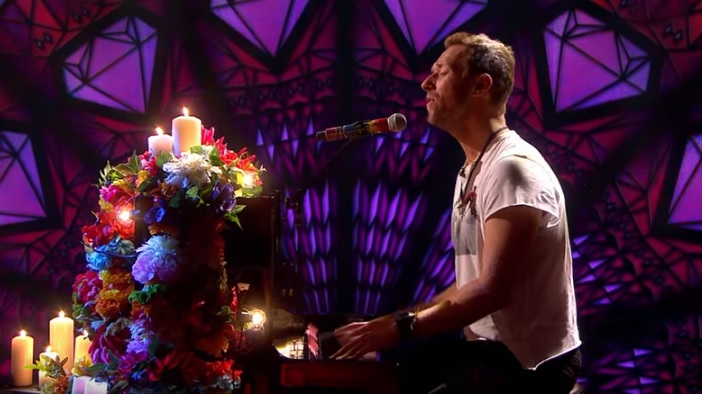 It’s the first time the band will perform in Philippines, Taiwan and South Korea

Coldplay have announced a tour of Asian countries, which will kick off in spring 2017. The tour only includes 5 dates, running April 1 through April 19. The band will rock in Singapore, Philippines, Taiwan, South Korea and Japan. See the details of the Asian trek below.

We need to mention that on this tour Chris Martin and Co. will visit Taiwan, the Philippines and South Korea for the first time ever. But it’s also a big deal for the band’s fans in Singapore and Japan: Coldplay’s last shows there took place in 2009 and 2014.

Earlier, the band had announced their European and North American tour dates, with European shows booked for June-July 2017, closely followed by an American tour leg, stretching till October.

Today, British rockers have also posted a new, stripped-back version of ‘Everglow’, performed live on The Graham Norton Show. Give it a look:

The band’s latest album to date, A Head Full Of Dreams, dropped in December 2015, making it to the top of in the UK charts. But Coldplay frontman believes the next record will mark a turn in the music direction of the band: “I’d be surprised if there was another conventional Coldplay album’, Martin told in a recent interview. “I feel like this is a closing chapter of something.”

Tickets for Coldplay’s shows in Asia go on sale November 21 – only Singapore and Japan, while the tickets for the rest of the countries can be purchased on November 24. Check out all Coldplay 2017 dates below.

What do you think of the band’s ‘Everglow’ performance on The Graham Norton Show? Be the first to leave your comments and stay tuned with Alterock Facebook and Twitter to never miss on the news about your favorite alternative music!