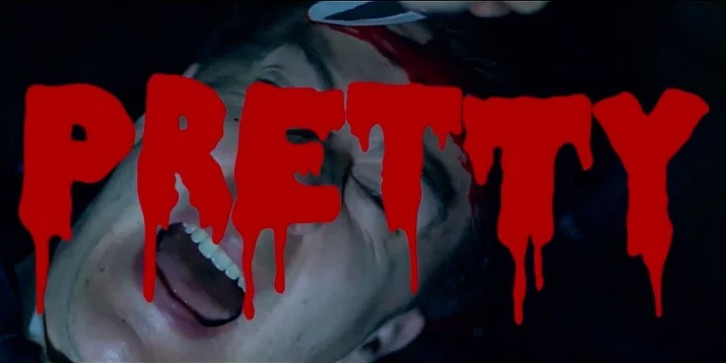 Inviting fans to the bassist’s wedding was just a prank: instead Don Broco streamed a wedding-themed video for ‘Pretty’

“We feel a little bad now for all who were tuning in for the live wedding stream, so please forgive us!” – say Don Broco on making their fans believe they were actually invited to the bassist’s wedding’s live stream. A few days ago Don Broco announced they were going to stream his wedding while on the road. Fans were pleasantly surprised by an official invitation from bassist Tom Doyle, which turned out to be simply a live stream of the new, twisted music video for ‘Pretty’.

In the video Don Broco members are taking part in a wedding, which turns a nightmare. From the very beginning, where one of them is cutting off the skin off the face of the groom to pretend to be him at the wedding, the video is a chain of horrifying scenes of the wedding ceremony gone wrong.

Frontman Rob Damiani explains they just couldn’t say no to such a twisted story in the clip:

[quote align=”center” color=”#COLOR_CODE”]“The concept was just so mental we had to do it. Ironically, the lyrics for ‘Pretty’ are darker than the actual video,” Damiani says. “It’s about reaching the point of inebriation where it doesn’t matter that the person you’re physically attracted to is a despicable human being. You’re still going to try and go home with them.”[/quote]

The band says the inspiration for the video came after they recently played in Las Vegas and decided “it would be fun to throw Tom a fake bachelor party”:

“We got a little bit carried away and things kind of took off from there! Everyone’s been really nice and happy for Tom. We feel a little bad now for all who were tuning in for the live wedding stream, so please forgive us!”

Don Broco are currently on the road with State Champs, Against The Current and With Confidence. Check out all the upcoming dates and the video for ‘Pretty’ below. Be the first to leave your comments and stay tuned with AlteRock Facebook and Twitter to never miss on the news about your favorite alternative music!