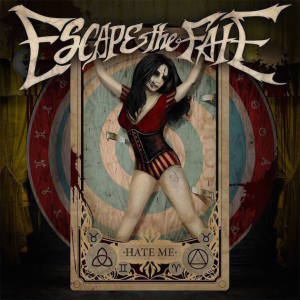 Escape the Fate are leaving their bitter breakup aftertaste behind with a new song, titled ‘Remember Every Scar’. Moreover, the song lyrics recommend everyone to “hold onto that heartbreak,” because it has made us who we are today. The track is featured on the band’s upcoming Hate Me album, which is due for release October 30 via Eleven Seven Music. Earlier, Escape the Fate launched another track from the new record, Just a Memory’.

Escape the Fate’s North American tour in support of the new album starts October 13. U.K. and other European countries will have a chance to catch the band live starting late January.

Listen to the new track below, share your thoughts in the comments, and join Alterock Facebook and Twitter to always be in the know about your favorite rock bands!