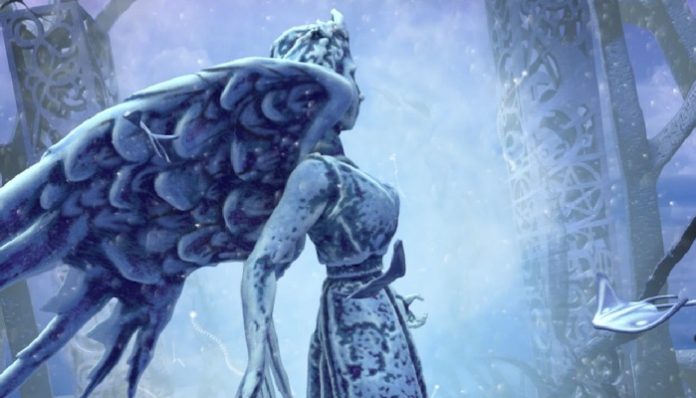 As the concept of NFTs is getting more popular every day, Evanescence have decided to explore the new digital territory. They’ve teamed up with Incendium Online and Sweet.io to launch their first ever NFT collection ‘Echoes From The Void’.

Inspired by the band’s previous physical graphic anthology series Echoes From The Void, Amy Lee & co. presented their digital art tokens. The debut NFTs got launched on Sweet’s marketplace on September 29. If you haven’t heard of such a thing as NFT yet, it’s a non-fungible token, used for selling one’s art digitally. Evanescence aren’t the first musicians, tasting the trend. Kings of Leon and Mike Shinoda are among the rockstars, experimenting with NFT format and opting to sell a percentage of their music ownership.

On their Instagram, Evanescence posted a trailer of their animation, a 3D interactive sculpture, based on the art of Echoes From The Void. The new collectibles feature four NFTs, including two collector’s cards, a virtual souvenir coin and an auction for the sculpture. Lee expressed her excitement about recreating the story:

“It’s been awesome to see the art and stories of Echoes From The Void evolve into the digital space,” she wrote. “The series is becoming a showcase, with so many talents adapting visions from songs in our discography. Diving into the world of digital collectibles lets us add a new dimension to the characters and storylines that we’ve loved creating. I can’t wait to see what more we can do as the rest of Echoes From The Void unfurls.”

But will their be more? As soon as the band posted the announcement and advertised the digital collectibles, they were taken aback by the amount of criticism many of their fans expressed. Some don’t like the fact that NFTs are intangible and claim that they can’t be trusted, while others blame the band for energy wasting and even money laundering. Due to the unique nature of NFTs, their prices range hugely and may skyrocket to millions of dollars in auctions.

“No. Not you guys too. I would have been totally okay with a statue or something, but selling art as an NFT that will eventually break once the web host stops existing is just a waste of money,” commented one of their fans. “I’d rather you put it on a CD so I can buy that and keep it forever.”

“Please reconsider!”, warned another one. “NFTs are an environmentally disastrous scam. So disappointing that y’all would fall into this…”

“To address any environmental concerns associated with the recent NFT’s we announced, they are minted by Polygon, a blockchain framework that uses less than 0.1% of the energy required by other approaches. Like you, we want to make sure that the choices we make are consistent with the goal of combating climate change.“

But even then fans’ comments didn’t quiet down and made some wonder why Evanescence defend themselves on the matter, so remotely related to the environment:

“This is such a dumb statement, the NFTs you make are so inconsequential to the environment relative to the other decisions you make every day”, one fan wrote. “Touring is terrible for the environment, your concerts have a much greater negative impact on the environment then any NFT you make. So hypocritical.”

Many agreed that climate change has little to do with the NFT projects and doesn’t compare to the harm transport and touring have always been causing. One fan replied: “Geez, I didn’t realize the Evanescence fanbase was so full of climate change deniers and cryptoscam peddlers. There are even anti-vaxxers in the mix. Social media is a cesspit of lunacy now. How sad.”

Another one added: “Should they stop using electricity too? Stop touring because of the environmental impact of travelling, energy use and waste?”

In the meantime, Evanescence are expanding their touring plans in Europe next summer. They’ve just added more dates onto their June tour list. Check out the June 2022 tour dates below. Don’t forget to share your thoughts on AlteRock Facebook and AlteRock Twitter!