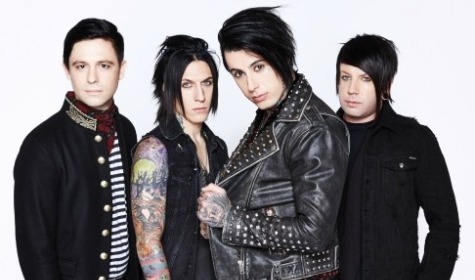 A month ago Falling In Reverse unveiled the title track from their upcoming album, Coming Home, scheduled for release on April 7. This past Friday, the band launched another new track, ‘Loser,’ an emotional song with a very personal touch:

When the band put out the title track from Coming Home, many of you were puzzled by its unusual, etherial laid-back sound and wondered if the other tracks on the album would be similar or diametrically opposite. Well, the new song definitely differs from ‘Coming Home’ both melodically and by the overall mood.

‘Loser’ follows the tried-and-true alternative rock hit recipe and has all the chances to become the fans’ favorite on the record. The intention of Ronnie Radke and co. to “stick to a theme and not go all over the place”, recording this album, let them reveal the new depths in their sound.

Falling in Reverse are currently on a tour with Issues and Motionless in White, titled The End Is Here. The tour kicked off January 13 in Tempe, AZ. The three bands are supported by Dangerkids and Dead Girls Academy. See the full list of dates and venues below.

Give the new track, ‘Loser’, a listen below! And which is your favorite new track so far? ‘Loser’ or ‘Coming Home’? Share your thoughts in the comments, and join AlteRock Facebook and Twitter to stay tuned for rock and metal news.