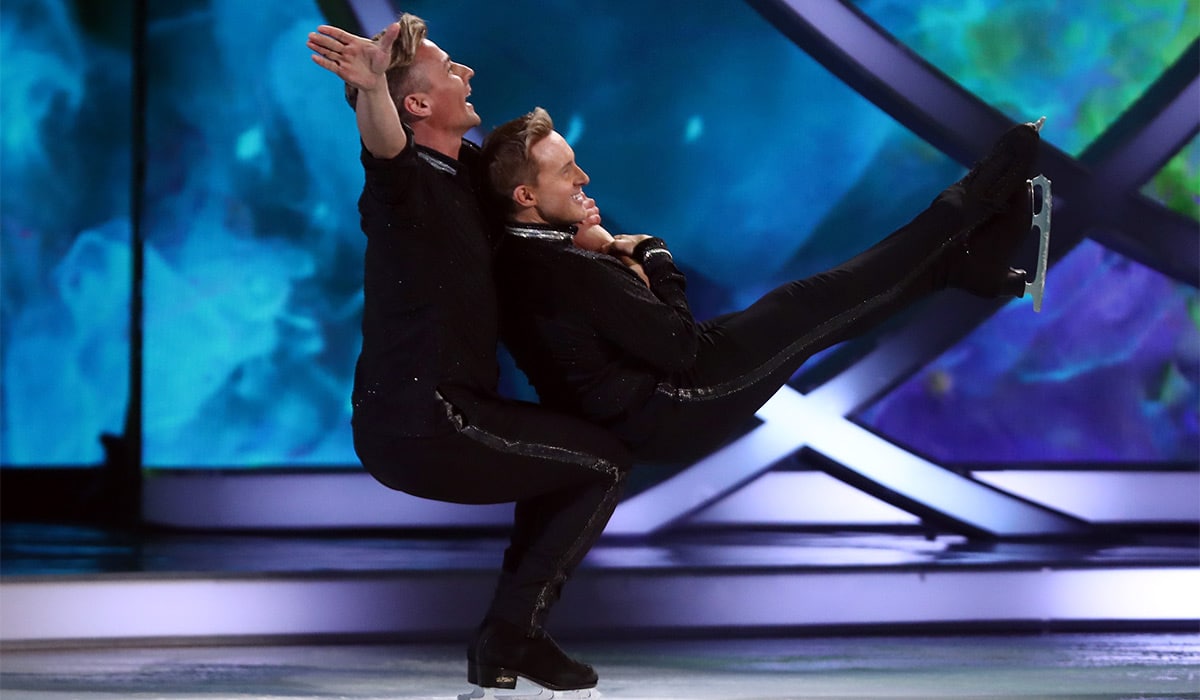 We all know dance-themed TV shows with celebrities, be it the USA’s Dancing With The Stars or UK’s Dancing On Ice. They usually make their choreography to well-known pop songs or radio hits. Not a big deal, right? But it is a big deal when Panic! At The Disco’s #1 track ‘High Hopes’ gets picked for the first ever same-sex ice dance! Check it out below.

The TV performance took place in the UK show Dancing On Ice. In the program, famous people get to learn a bit of figure skating from professionals and then showcase their skating achievements in pairs. It was during the premiere of the first episode of the latest season of Dancing On Ice when ice skater Matt Evers got paired with Welsh actor and singer Ian H. Watkins. The two came up with the ice skating choreo together.

More: You can now see PANIC! AT THE DISCO show in virtual reality format

Curiously, the skaters chose (or were assigned) not a banal pop track but Panic At The Disco’s ‘High Hopes’. So Brendon Urie & Co. inadvertently became part of “the history”: the first same-sex couple on the figure skating show. Panic!’s organization Highest Hopes Foundation congratulated the skaters on Twitter on such a brave move:

The video of the performance immediately got viral in social media. The reactions range from highly supportive to angry ones, but isn’t that what all TV shows aspire to?

“Thank you for breaking down barriers and making history, it’s a long time overdue”, writes user Dr Carl Austin-Behan. Others don’t see it as an epic, historic event, saying it’s “nice (and correct) to allow people to ice dance with whoever they want to, but I’m not sure a hundred years from now they will look back and consider this a historic event.”

Beautiful routine, it looked like you really enjoyed it ??thank you for breaking down barriers and making history, it’s a long time overdue, looking forward to following your @DOI_UK_ journey xx

“making history”…. Nice (and correct) to allow people to ice dance with whoever they want to, but I’m not sure a hundred years from now they will look back and consider this a historic event.