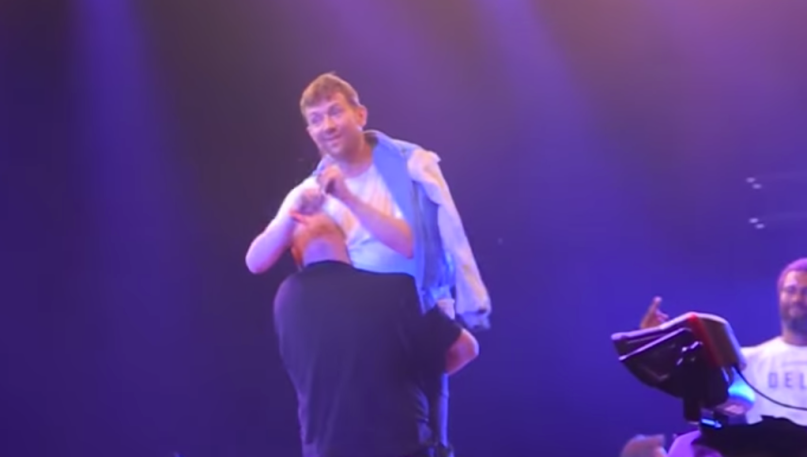 Damon Albarn, the vocalist of GORILLAZ / BLUR, refused to end 5-hour performance and got carried off stage

The most hilarious and unbelievable thing happened last Saturday. Gorillaz co-founder and Blur frontman Damon Albarn was having so much fun at his Africa Express set during Roskilde Music Festival that he carried on the show for five hours in Denmark. Around 4 a.m., however, he was signaled by festival organizers that he had to wrap it up. Albarn resisted and went on playing. That’s when he was picked up by a security guard and carried off the stage. Enjoy the fan-shot footage below.

The question is, how long would Albarn have been playing if he hadn’t been removed from the stage? The singer seemed to be in high spirits and might have had a little too much to drink, as he was playing covers of The Clash and Randy Newman as well as Gorillaz. Special guests, including Blur bandmate Graham Coxon and Laura Mvula, also appeared on the stage during the lengthy set. When asked off the stage, he instead started encouraging the audience to cheer for them to stay.

Ian Birrell, co-founder of Africa Express, explained to the Guardian that the show only ran over by five minutes before the security known as “Big Dave”, forced the vocalist to leave. “The crowd were in a very ebullient mood despite it being 4am. They were chanting for more and more, quite noisily,” said Birrell. “Damon was clearly enjoying himself and wanted to carry on, as did all the musicians.” 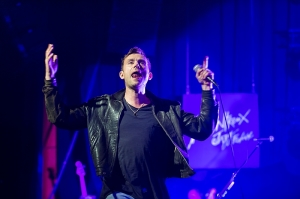 Did Albarn give up having been removed from the stage? Not really. He and his mates went on playing backstage, while the crowd “carried on outside the tent for almost an hour”, added Birrell. “They were drumming against the poles of the tent and chanting.”

The festival has previously faced some serious problems with audience control, of which 2000′ incident turned tragic, when Pearl Jam’s performance resulted in chaos – 9 people died and 26 were injured.

Watch the most incredible footage below, leave us your comments, and stay tuned with Alterock Facebook and Twitter to never miss out on the news about your favorite alternative music!