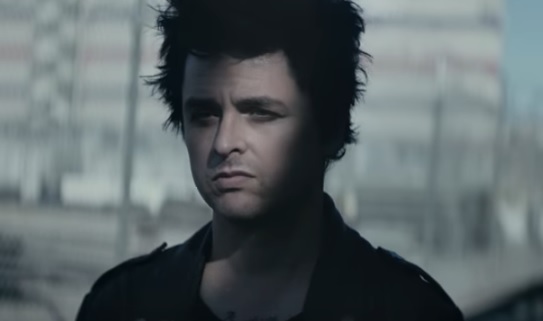 Green Day are going philosophical in their new music video for ‘Still Breathing’, premiered by MTV.

The emotional lyrics are skillfully reflected in the clip, showing frontman Billie Joe Armstrong walking through the streets, thinking about his life and its dramatic unpredictable turns. Awesome views of nature along with scenes from other people’s life paths shown in a slow motion make this introspective clip stand out from the band’s videography.

Last night, November 6, Green Day came to MTV Europe Music Awards 2016, where they blew up the stage with two songs, ‘American Idiot’ and ‘Bang, Bang’, taken from their latest album, Revolution Radio. And since the US presidential elections are just around the corner, the frontman took the chance to refer via ‘American Idiot’ lyrics, changed for the occasion, to Donald Trump. The song opened with the lines:

“Can you hear the sound of hysteria?
The subliminal mind-Trump America”

Originally, the lyrics of ‘American Idiot’ were aimed at president George W. Bush and the wars and conflicts during his administration.

In addition, after performing ‘Bang Bang’ the band came up on stage to accept their Global Icon Award from actor Idris Elba, and Billie Joe addressed the situation in his speech:

“Most of all, it’s nice to be out of America just for a second, because of this horrendous election that’s going on right now. Our entire country is about to have one big, collective heart attack.”

In spring 2017, Green Day will embark on the Revolution Radio North American tour, accompanied by Against Me! as support. The trek starts on March 1 with a show in Phoenix, AZ and run through April 8. Be the first to leave your comments and stay tuned with Alterock Facebook and Twitter to never miss on the news about your favorite alternative music!