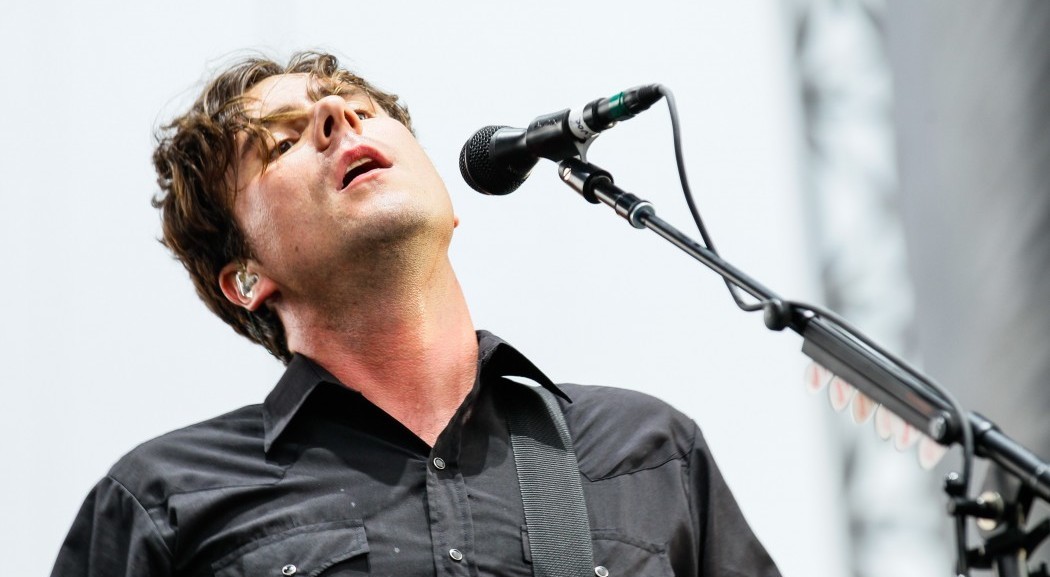 AlteRock got a chance to interview Jim Adkins, the frontman of Jimmy Eat World and now also a solo singer

After massive touring in support of their latest album ‘Damage’, Jim decided to grab only his guitar with him and give a bunch of solo acoustic shows under his own name in the U.S. for a change. The interest to his solo concerts was so vivid that the tour plans were then extended to all summer and fall 2015 and now also include a lot of European venues. Jim willingly shared his impressions of the first solo shows, explained why he thinks “music journalism has gotten lazy”, and told us what his kids think of his rockstar status.

Hi Jim! Thanks for chatting with us. You’re giving solo shows under your own name this summer and fall. What feedback and feelings do have about this solo tour after the first June shows?

It has been amazing. Getting to see parts of North America I haven’t in a long time, or ever. The people coming to see the shows are excited, or just being very polite.

How is the material for your solo tour different from music for Jimmy Eat World? Is the mood of the melodies and the approach to writing solo material similar to what you do as part of Jimmy Eat World?

It is a challenge. And that is what I love about it. Playing music is all about listening. You are responding to what you are hearing. Playing with a group, you are listening and making choices to play around that dynamic. When it is just me, it is a feedback loop. Feels like a meditative process. Solo, you create and sustain momentum. Or, change things on a dime.

Did you actually intend to have all those summer and fall tour dates, or were your June shows so much on demand that you later made a decision to extend the tour?

I had dedicated the summer and fall time to work on this project. More dates seemed like the logical thing.

Which are some of the rock/pop songs you chose to play covers for on your solo tour?

It has been moving around wildly. I don’t know why I gravitate toward one song or not. It could be 1960’s country ballads or 2000’s pop songs. 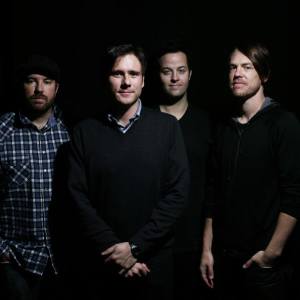 I heard you saying, “There is a little metal head in each of us”. If you could choose any metal band to record a cover for one of your own or Jimmy Eat World songs, which band would you like to do it?

Hmmm. I think someone that would make it a new version entirely. Godflesh would be great.

How are things going for Jimmy Eat World these days? What are the band’s fans to expect in the near future?

We are going to play a couple festival shows in the fall. Hopefully we will have some writing time at the end of the year.

Jimmy Eat World do not tour Europe that much, unfortunately. Why do you think that is? Are you planning on touring more to Europe or Asia in the future?

We try to play Europe as much as possible. But, it is a big place! And expensive to get everywhere unless you do a nine-week run. We hope to play more in the future.

I know you have some educational background as a journalist. Did that knowledge help you anyhow to deal with the media and all the success as the band was getting more well-known across the globe?

It is a little different being the subject instead of the journalist. And that has changed over time as more people became aware of our music. Music journalism has gotten lazy. Not everyone, but as a whole. I try to make press releases and bios reflect the core of what we are doing because mostly, people just want a quote from us re-stating what is already in them. Knowing what you want to talk about before going into an interview can really help everyone. And, being polite if it is something you have talked about many times already is important.

In hindsight, when you only started the band, what were the myths and expectations you had of what it’s like to be a famous rock band that later proved wrong?

I think we did a good job not expecting much. We just took things as they came and had fun with them. We still do! It is an amazing opportunity to play music and we appreciate every chance we get. Your ideas about “success” in whatever field you work in will change as time goes on.

You recently told in “100 Words Or Less” podcast that you absolutely don’t mind your fans approaching you in public places in everyday life, because you understand what it’s like to be fanatical and there are many people you look up to yourself. Could you name some musicians you look up to, or maybe not just musicians?

I respect anyone making the choice to put in the work it takes to follow their dream. If you can find reward in your effort, then you win.

You also mentioned that many people who don’t know Jimmy Eat World and what you guys look like, sometimes find it hard to believe you are a rock star because of no loud hairstyle, no tattoos, no special rock outfits. What do you think makes some rock musicians think like you, while others say “people pay money to come to our shows, we cannot just look the way we are in everyday life and come out on stage wearing casual clothes”?

It depends on what you want to communicate. I love to see a crazy, big production put on well. I also love to see stripped down, intimate performances. How we present ourselves is an honest version. An amplified, honest version. My choice in what I wear on stage has more to do with what will dry quickly because I sweat a lot.

According to many surveys, rock music fans are the most loyal and long-time fans, compared to other music styles. Is that also true for Jimmy Eat World fans? Are there many fans you already know a bit, know their names, what they do, because you see them at your shows again and again and they’ve been coming to check you out live on every tour throughout the years?

Oh yeah. There are fans who I run into whom I’ve known since 1996 when we started touring hard. It’s so cool to know they have found something that they can relate to in a lasting way with our music.

I know you’ve been married for 13 years and you have 3 kids. Have any of them ever told you, “Hey dad, I love your music and when I grow up I want to start my own rock band”?

I think they get it that dad does something “cool”. Ha! It is funny though. When I help out in my youngest kid’s school the other little kids say, “Are you a rock star? You don’t look like a rock star”.

In a recent interview you said, “There isn’t entire despair, just like there isn’t really entire happiness”, when talking about your lyrics. Do you generally consider yourself a happy, content person?

I try to accept how I feel. It is a mixed bag sometimes. But gratefulness keeps me pretty content with life. 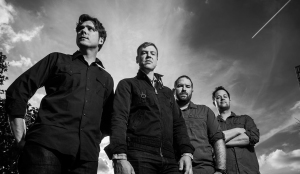 How often do you experience the moments of despair? What helps you look on the bright side of things when you are in this state of mind that things are not going your way, and you want to quit everything?

Gratefulness. If I’m feeling negative I just refocus my attention to what I DO have instead of the dread of what I might NOT have. That alone usually changes everything around.

The summer is coming up to its hottest point. How are you spending the best summer days, when not touring? Any holiday plans for you and your family this summer?

Right now I am touring in America doing my solo acoustic show. So far it has been pretty nice weather. I have been lucky with that because in Arizona it’s always very hot in the summer.

To round off, as we’re based in Europe, anything you’d like to say to your European audience?

I am pretty excited to do a totally different show in Europe! It will be fun!

Thank you so much for your time, Jim. And good luck with both, your solo tour and Jimmy Eat World’s plans!

Thanks for your interest in my/our music!!!