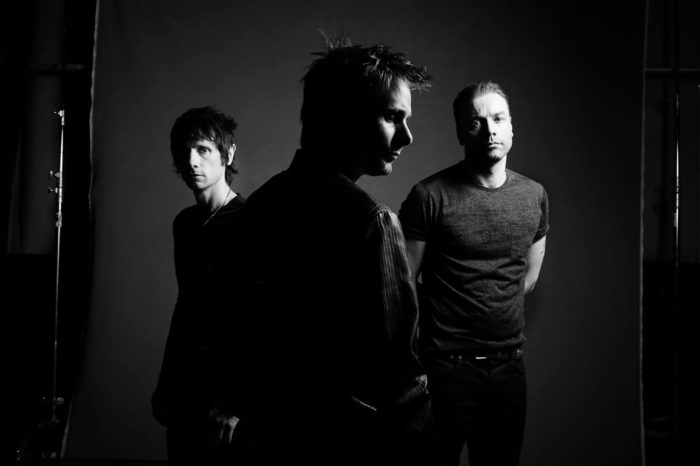 Matt Bellamy sees the foreboding rise of authoritarianism, coupled with decline in democracy

Muse singer and driving force, Matt Bellamy, is known for his distinct political views and comments on the changes in the world politics. Today the musician took to Twitter to write: “The end of US global hegemony begins. Authoritarianism/statism will now rise as democracy declines. Beware #1984.”

The end of
US global hegemony begins. Authoritarianism/statism will now rise as democracy
declines. Beware #1984 #unitedstatesofeurasia

According to Muse vocalist, Trump’s US Presidency sends us back to George Orwell’s dystopia ‘1984’, only this time, he believes, Orwell’s fantasy might turn out to be our reality by 2084. In the newest tweet Bellamy says: “Orwell was out by 100 years. Here is the world in 2084.” (see the tweet below).

Fans suggest he write a book titled 2084. Alternatively, it could be another chapter of Muse discography, following the band’s anthem ‘United States of Eurasia’. Artists often tend to react to the turbulent times with new powerful music and lyrics, and for Muse this has been a frequent source of inspiration.

Orwell was out by 100 years. Here is the world in 2084. pic.twitter.com/dIagQlRyyY

Bellamy had earlier shared cheerless thoughts on Trump’s win: he wrote an article discussing how Trump “could face a nuclear decision soon”. The singer had even posted a graph of the Doomsday Clock, the clock face symbolizing a countdown to a global catastrophe: “When this clock hits 23:58 we must take urgent action; take to the streets and protest 4 global nuclear disarmament.”

To many it seems, though, that Bellamy hasn’t been consistent in his recent statements. And not without a reason. Initially the herald of “United States of Eurasia”, the singer later expressed pro-Brexit views, leaving fans to scratch their heads on what he really stood for. One of the Muse fans’ comments reads, for example: “I see the parties you’re into now & that just doesn’t make sense to me. I hope you’ll get your head in place again!”

@MattBellamy – time, I see the parties you're into now & that just doesn't make sense to me. I hope you'll get your head in place again! Xx

The singer, who had shared a photo of himself meeting Hilary Clinton last year, decided to clarify his views to avoid the ongoing confusion, making him a media hot spot lately. Bellamy explained on Twitter he was “only Ok with #softbrexit single market & free movement of people”, adding “YES, free to do trade deals outside of EU – YES”.

Now we’re looking forward to your comments on Muse singer’s latest posts and the world map in 2084. Leave your comments and stay tuned with AlteRock Facebook and Twitter to never miss on the news about your favorite alternative music!