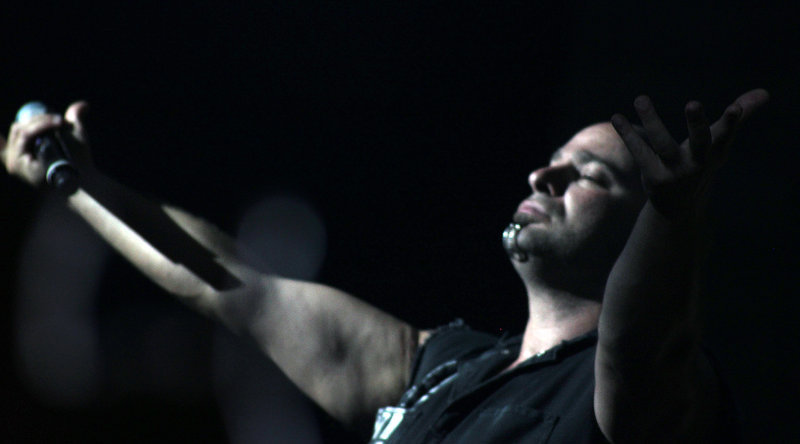 Disturbed had obviously had enough time during their lengthy hiatus to plan their future events ahead. Not only have they carefully worked on their new songs but also scheduled their upcoming shows, even for next year. David Draiman and his band mates are back on the road with Spring 2016 North American tour in support of their sixth studio album, Immortalized.

The band already played one show in their hometown of Chicago on August 21, the same date as  Immortalized album was released, and there are no performances yet coming up before next March and April. So you’ll have to wait for the official tour opening on March 11 in Vancouver, British Columbia. Check out all the dates below.

“Our return from hiatus was for one reason: we are dying for our fix of the live experience,” says frontman David Draiman. “We need to satisfy our addiction to the feeling you get when you play to the most dedicated and vibrant fan base in existence, the Disturbed ones. We know the arena shows will come, but we wanted to start out feeling like it did in the old days. Intimate, hot, and intense. We can’t wait. Prepare yourselves. The Leviathan has risen.”

Make sure you haven’t missed Disturbed new song and lyric video for ‘What Are You Waiting For?’ (stream below). Leave us your comments below and stay tuned with Alterock Facebook and Twitter to never miss on the news about your favorite alternative music!