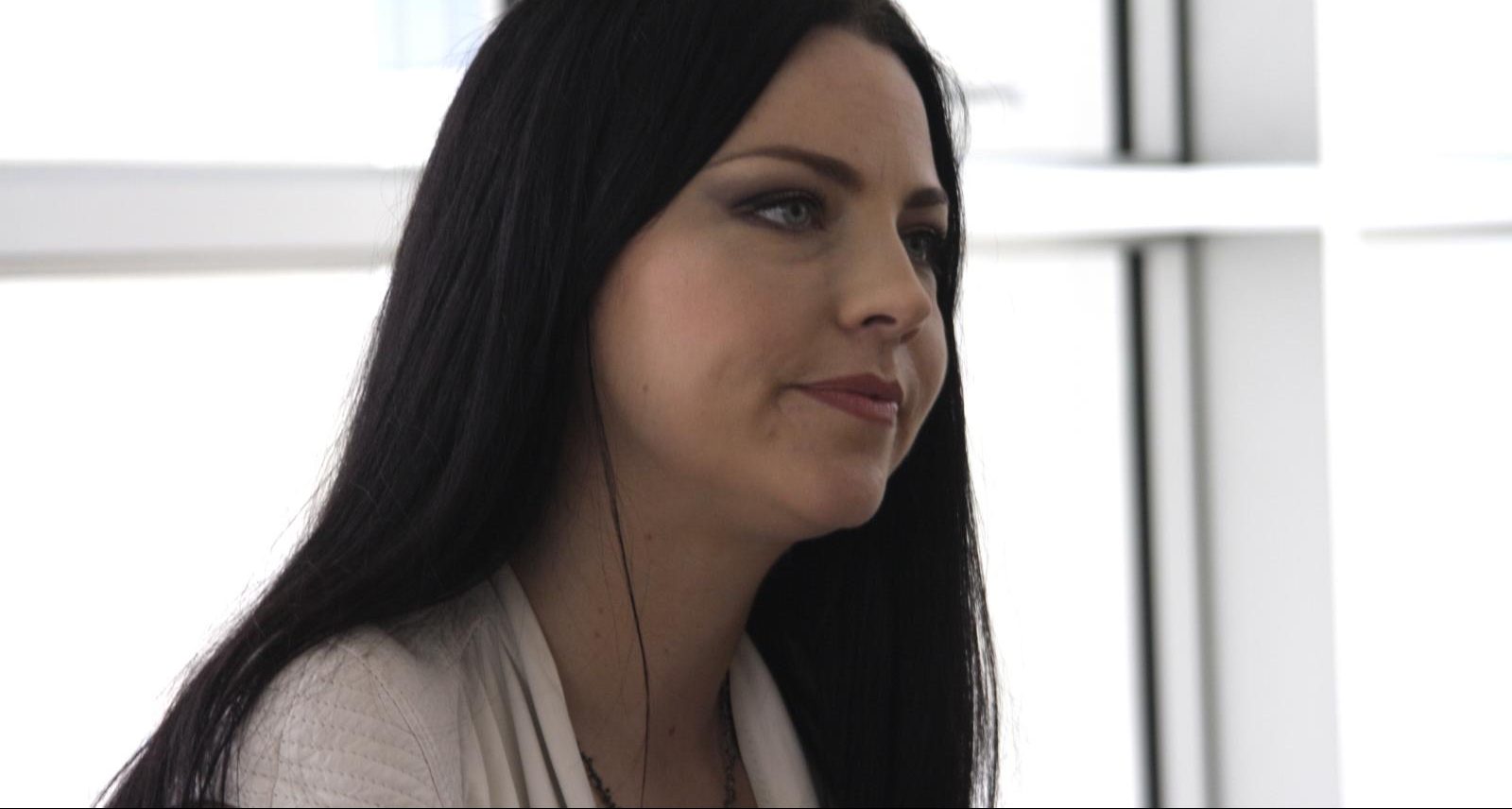 Yes, it’s not another rumor that Evanescence are writing their new album. They really are! The band is, reportedly, going to the studio in early 2020 to record the new songs. In a recent interview singer Amy Lee said the band were gathering to compose new music.

Evanescence vocalist gave the interview in question to Summa Inferno right before their and Slipknot’s set at Knotfest Mexico that were cancelled soon afterwards. Amy Lee told the interviewer, among the rest, that she had «writing camps» with the band:

“We’re working on a new album — the first time in a long time,” shared Lee. “We’ve been just getting together for a little band camp — little writing camps — for a few days and we just work on new music. So, I’m excited.”

“I think it sounds awesome.” Lee said. “We’re going in the studio sometime in the beginning of next year to start some of it. We are not gonna do it all at once; we’re gonna just, like, ‘go as we go’ kind of thing. So, yeah, there should be new music to hear pretty soon.”

Watch the Mexican interview below:

Evanescence haven’t released a new album since their self-titled record in 2011 and the band’s fans couldn’t be more excited. Naturally, many of us wonder: will it be 2011′ Evanescence era or will the new tracks remind the band’s earlier sound.

Amy Lee has the answer for that too. When asked last month at Reddit AMA, the frontwoman revealed a bit what the new album will sound like:

It’s dark and heavy. Its also got moments of weird and sparse. Little bit of everything. Definitely some Open Door vibes but not the same.” Knowing that many fan’s favorites are hits from the 2006’s Open Door, the third studio album by Evanescence, the expectations are pretty high.

If you haven’t heard yet what caused Evanescence and Slipknot to cancel their performances at Knotfest Mexico, it’s a pretty jaw-dropping stuff. What happened first is that the barricade was broken during Behemoth’s set, so Evanescence decided to take themselves out of harm’s way and cancelled their part of the show.

End of the story? No, wait for it. A bunch of Evanescence fans got on stage, grabbed the drum kit owned by Evanescence and set it on fire! The band even shared the video footage showing the crowd destroying their equipment:

Slipknot, scheduled to headline Knotfest in Mexico City, also had to cancel their set. Both bands released statements regarding the situation. Evanescence commented on social media, saying they do not think bad of all their Mexican fans because of this particular incident:

However, drummer Will Hunt was, obviously, very upset about the rioters’ act and responded those who destroyed his drum kit on Instagram, calling them “amateur, weak and stupid”, reports AltPress.

In the video, the drummer shows his drum kit in ashes and reassures that everyone was okay during the event. Then he calls out the «small group of morons» who burnt his drum kit, explains them it’s not how you’re supposed to destroy things and offers them «(somewhat comical) take aways».

“1st- Do you even riot bruh?! I mean, hell, if you’re gonna do it, REALLY do it!! Burn the whole fuckin’ thing down!!! What you pack of [email protected]$ies did was weak and stupid- JUST LIKE YOU. 2nd. If you’re gonna torch my beautiful @pearl_drums kit that meant the world to me (second video), at least cook some meat or marshmallows over the fire!!”

See Hunt’s full post below and tell us what you think of the upcoming album’s sound and about Knotfest gone wrong on AlteRock Facebook and AlteRock Twitter!