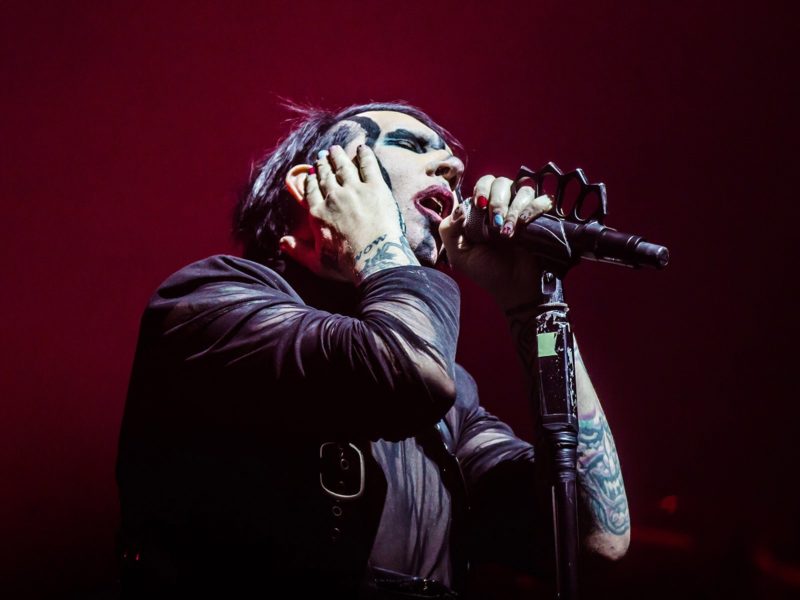 “You should take your shirt off,” Marilyn Manson told the guy wearing another band’s merch

When you go to a rock show, do you tend to wear that same favorite shirt, say, Metallica, Ramones or Iron Maiden? Well, now you know that if you wear another band’s shirt to a Marilyn Manson’s show, you might get into a trouble.

An awkward moment happened during Manson’s recent show in Madrid. It began as usual: before one of the songs, Manson pulled some ecstatic fans onstage to rock along, waving their posters and flags. Unfortunately, one of the fans was wearing an Avenged Sevenfold shirt — something the shock rocker couldn’t ignore. “You should take your shirt off,” Manson demanded. “It’s not my band, it’s a different band.”

Probably due to a language barrier, the poor fan didn’t get the «request» at first. He thought the singer was referring to his bag. When the boy did understand what was asked from him, he hesitated for a moment. An awkward pause hung in the air. But Manson was seriously waiting for him to take the not-so-loyal-fan shirt off and repeated the demand three times… Until the confused guy finally did it.

«You can wear the flag instead of the shirt», the rocker suggested (and even showed the bare chested guy what he meant). Watch the live video footage of the embarrassing incident below.

Read: Marilyn Manson opens up: «I don’t like being intimate»

What do you think of Manson’s demand? Do you find it ridiculous or reasonable? Would you take your shirt off onstage if you came in a non-Manson T-shirt? Be the first to leave your comments and stay tuned with AlteRock Facebook and Twitter to never miss on the news about your favorite alternative music!