Lesley Gore would certainly be shocked if he could live up to hear and see MIW’s rendition of her 1963 pop hit ‘It’s My Party’. The original singer actually died just a couple of years ago, February 16, 2015, which means Chris Motionless and co. came up with the idea shortly after Gore passed away.

Although ‘Necessary Evil’ was recorded in collaboration with Korn’s Jonathan Davis, he didn’t take part in the music video. But the exuberance of performance scenes, sexy fire show and the explosion of colors and emotions throughout the clip make up for it.

You’ll find the song ‘Necessary Evil’ on MIW’s latest effort Graveyard Shift, which was released earlier this year and quickly won fans’ hearts. Tomorrow Motionless guys set out on their Graveyard Shift tour with support from the Amity Affliction and Miss May I. Interestingly, the tour’s last date is a Halloween show in Philadelphia, PA. That’s when the band will be having their kind of party! Maybe crash a few pumpkins, too?

See the band’s full list of tour dates below. 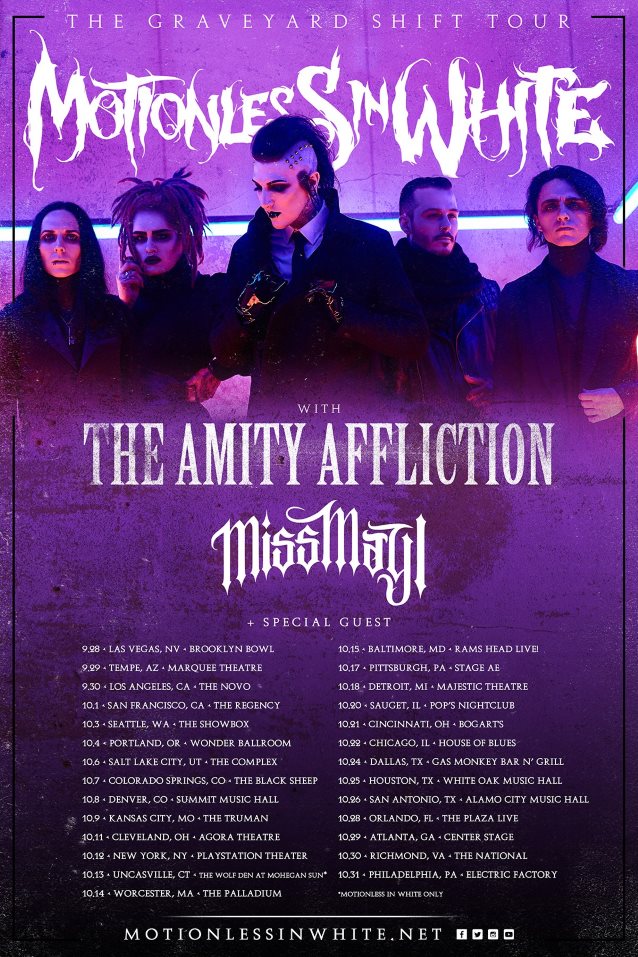