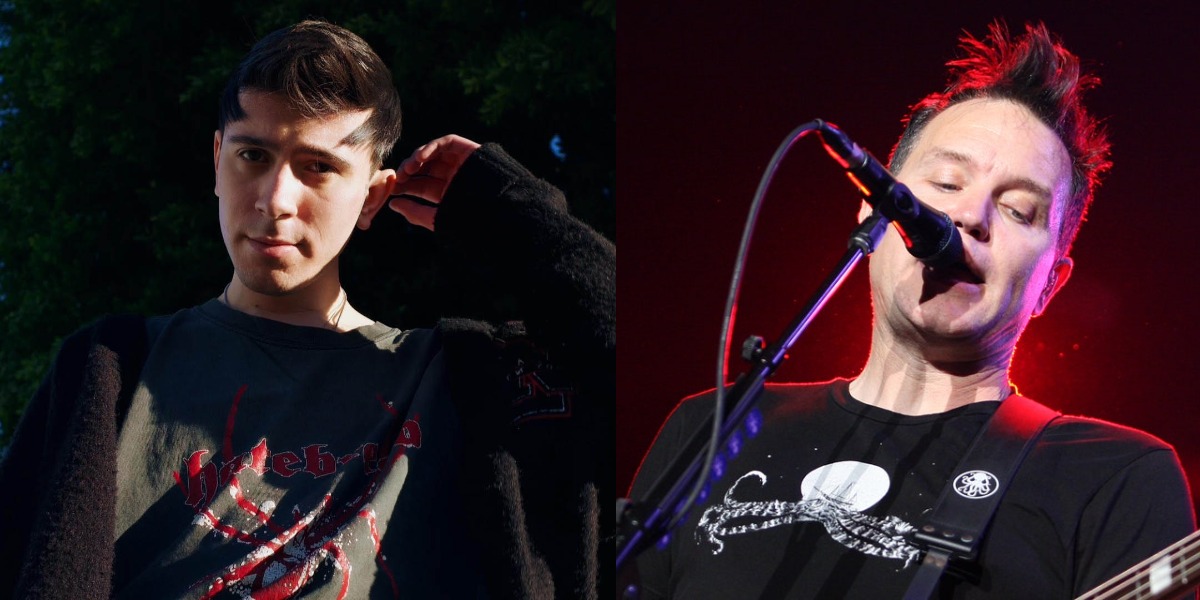 An up-and-coming LA singer Ricky Himself has teamed up with Mark Hoppus of blink-182 for his new brave single ‘Parasocial’. The new song, featured on his forthcoming EP, titled Poser, revolves around a feeling «like you love someone you don’t even know, maybe it’s a celebrity or someone who is a friend of a friend, or someone you see on social media”.

More: BLINK-182’s Mark Hoppus opens up about his cancer treatment, “been undergoing chemotherapy”

The laid-back track is as honest and «naked» as it could be, and Hoppus’s voice blends in super organically. Presenting the track, the blink-182 mastermind simply wrote on Twitter: «I sang on this song and it’s out today!», while Ricky humbly added: «Still can’t believe it thanks sm mark».

The collaboration seemed from the realm of impossible for Ricky. But his producer Dylan Bauld took a shot and the stars aligned for them:

«Dylan made this song on our first day meeting each other. We were bonding over the bands we grew up on and blink-182 came up. Dylan said, ​‘I think Mark would really like this song’ and in my mind I was like, ​‘Yeah right’. Two days later, Dylan said, ​‘I sent it over to Mark’ and within a week we were in a session with one of my idols re-writing and working on the song together,» says Ricky.

blink has been a soundtrack to so many moments in my life and to have my voice recorded on the same song as his is insane,” adds the singer.

Ricky’s exposure to the hip-hop world added to his pop punk experience. His breakthrough single ‘I Know You Like Black Flag’ was aimed at mocking show-offs on punk scene and music scene in general in his native LA. Punk, to his mind, has more freedom and humour to it:

«It’s just more fun to make music for me personally that way too, [especially] coming from a background in rap where it’s serious all the time.»

Having been around in music industry for a long time before starting a solo career, Ricky believes it’s not belonging to any subculture that makes him stand out. «The most punk thing in culture right now is that there is no subculture,» he told Kerrang. «Being normal as fuck is the weirdest shit you could do. If you’re the normal dude, you stick out way more than the person with green hair.»

Check out the new single by Ricky Himself below and take a look at the playlist of his upcoming EP. The record is due out December 1 via Alamo Records. Don’t miss out on the news about your favorite rock bands — join us on AlteRock Facebook and AlteRock Twitter!