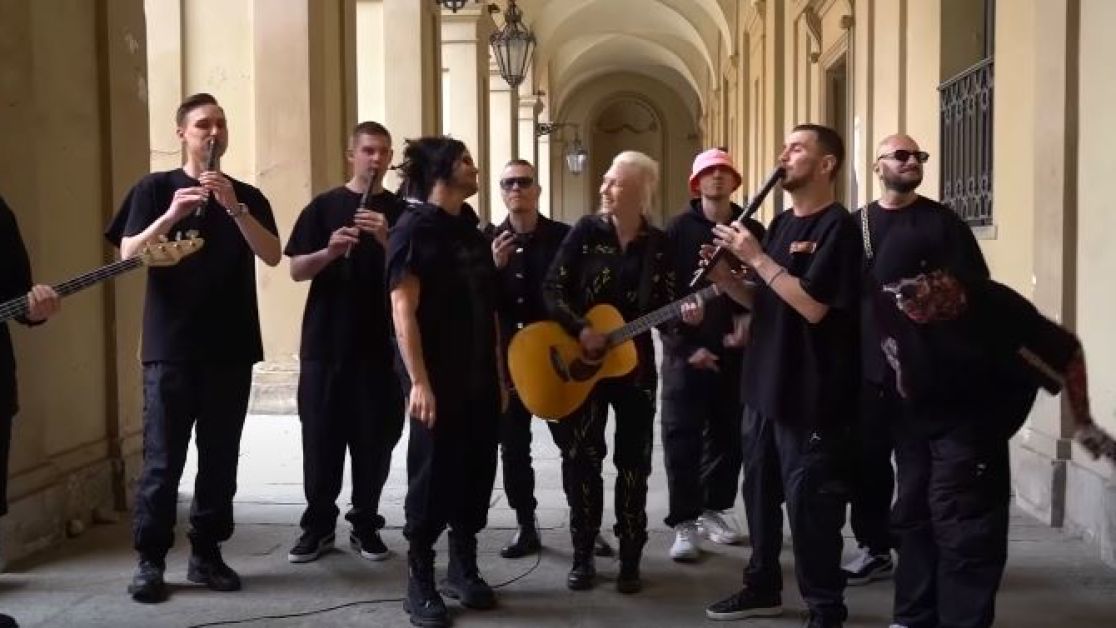 Have you ever thought there’ll be a day when legendary Finnish rockers The Rasmus do a duet with Ukrainian rappers Kalush Orchestra? As unfathomable as it may sound, the winners of Eurovision 2022 have announced the release of a new song about Ukraine, recorded in collaboration with the authors of ‘In The Shadows’.

Kalush Orchestra took to Instagram to spread the news. «Yo, lads! Well, were you waiting for a new track?» — the band wrote. The track is coming out this Friday, October 21 at 12:00 on the YouTube channel of Kalush Orchestra. And that’s not all there is. Kalush Orchestra and The Rasmus also launched a kind of a lottery, whose winner will get to talk on the phone with the bands.

«Share this video, tag @therasmusofficial and @kalush.official and we’ll choose someone lucky enough to talk to us in person over the phone,» the post reads.

The two bands also shared a snippet of the upcoming track, performed in Ukrainian language. Be sure to check out «In the shadows of Ukraine» in the player below. The Rasmus represented Finland at Eurovision 2022 in Turin in May. During the lengthy preparations for the competition they befriended Kalush Orchestra, expressed their support to Ukraine and even sang along to ‘Stefania’.

«We want to return to Ukraine after the war with a concert, hug you and have a great time. We believe that it will happen soon,» The Rasmus said. At the moment, the rockers are criss-crossing Europe with gigs, with UK shows wrapping up on Nov 3. Don’t miss the band on tour and stay tuned with us on AlteRock Facebook and AlteRock Twitter!