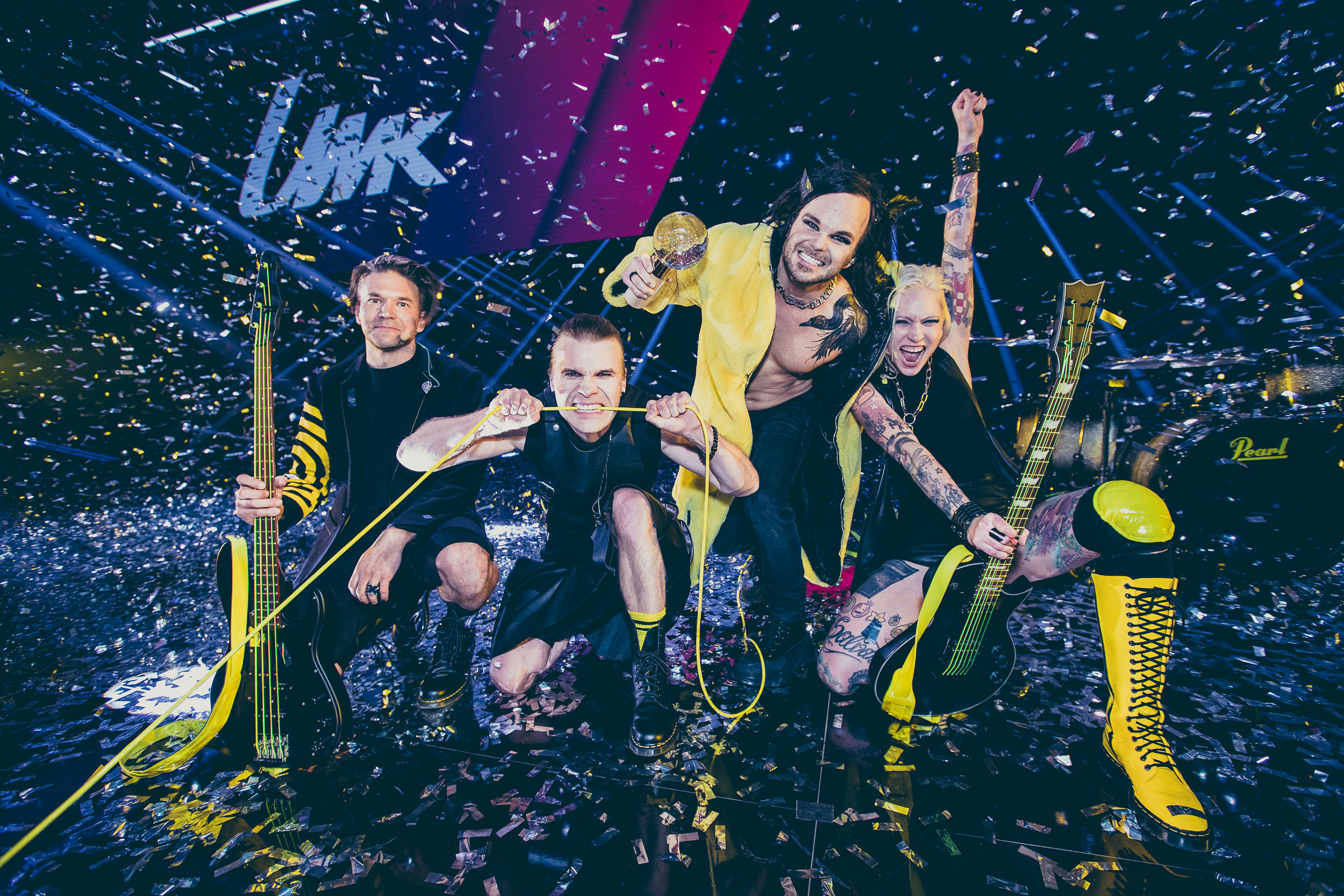 Finland’s legends and fan favorites, The Rasmus have got the trophy at the national selection

The New Music Competition, UMK 2022, has just taken place in Turku. In the tense and very rock-dominated show it all came down to two rock acts. The two top contestants were legendary The Rasmus and young, up-and-coming Cyan Kicks. And even though The Rasmus performed first in the running order, it didn’t stop them from gripping the viewers and making it all the way to the top. The Rasmus will now represent their country at Eurovision 2022 in May.

Interestingly, The Rasmus won with both the international jury, deciding 25% of the results, and televotes, responsible for 75% of the points distribution. The band scored 310 points overall in today’s final.

Among the seven acts, as many as three were on the rock side: The Rasmus, Cyan Kicks and Tommi Läntinen. It was obvious that after Blind Channel´s success in Eurovision last year, Finland made the bet on what it’s best at, that is rock. Catchy 3D effects, such as flying birds and moving images of the band members on the back, made the performance very «Eurovision» and very memorable.

The show was hosted by local singer and actress Vesala and social media influencer Mmiisas, and broadcast by Yle. Check out the announcement of the televotes and final scores at UMK:

The victorious song ‘Jezebel’ was co-composed by The Rasmus singer Lauri Ylönen and renowned producer Desmond Child. Child was also responsible for The Rasmus’ 2008 album Black Roses. Not to mention, he is the author of some iconic songs of world-famous music acts, such as Bon Jovi, Alice Cooper, Ricky Martin, Kiss and many more.

Following the semifinal allocation draw of Eurovision 2022, Finland will perform in the first half of the second semifinal in Turin, Italy. Let’s wish them luck and enjoy the band’s performance in UMK final below: