TARJA (ex-Nightwish) will release a live CD/DVD titled ‘Luna Park Ride’ on May 29, including over 70 min of bonus material

The concert material was filmed at Stadium Luna Park in Buenos Aires, Argentina on March 27, 2011 during Tarja’s ‘What Lies Beneath World Tour 2011’. ‘Luna Park Ride’ will be available in various digital formats: as 2CD, 2LP, DVD, Blu-ray and Download starting May 29 on earMUSIC. 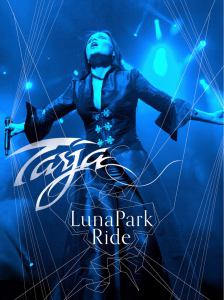 The ‘Luna Park Ride’ live show is topped with 14 bonus live performances and previously unseen photos. Alongside with Tarja’s classics like ‘I Walk Alone’ to ‘Until My Last Breath’, mixed by Tim Palmer (U2, Pearl Jam, Robert Plant), the DVD also includes fan video recordings featuring Nightwish rarities such as ‘Stargazers’ and the medley of ‘Where Were You Last Night’, Belinda Carlisle’s ‘Heaven Is A Place On Earth’ and Bon Jovi’s classic ‘Livin’ On A Prayer’.

The 70 minute bonus material consists of Tarja’s festival appearances and club shows from 2010 to 2014, including Tarja’s 2010 show at Masters Of Rock in Czech Republic and a 2011 performance at Summerbreeze festival in Germany, topped up with last year’s Wacken Open Air.

Tarja is currently combining her busy music career with the role of the judge in the TV show The Voice of Finland. Musicwise, the singer has recently finished the video shooting with Mariano Cattaneo for the music video of the song ‘An empty dream’, a soundtrack for the film “Corazón Muerto”.