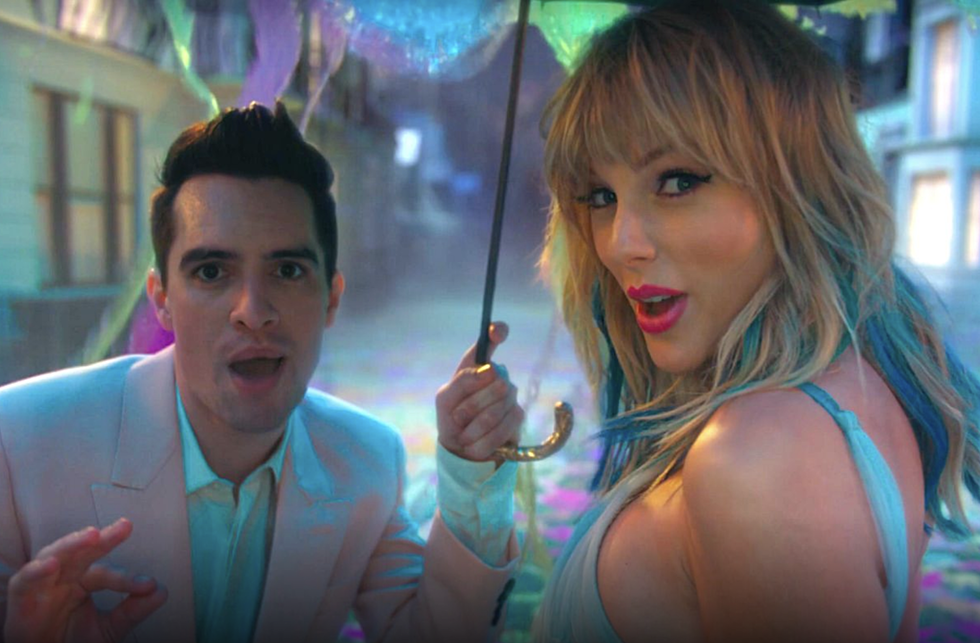 Brendon Urie and his wife Sarah had Taylor Swift and Pete Wentz over, which turned out “epic”

It goes without saying that Taylor Swift and Brendon Urie have been friends for a while now, which recently resulted in collaboration ‘ME!’ So why not come over for dinner? What Swift didn’t expect to see was Urie’s dear friend, Pete Wentz.

In Swift’s latest interview on Beats 1 with Zane Lowe she revealed she had been to Urie’s dinner, which she called it “most emo dinner party”.

Why “emo”? Probably, because it doesn’t happen every day that you meet Brendon Urie and Fall Out Boy’s Pete Wentz at one table.

“I was actually at the most emo dinner party the other night,” said Swift. “Brendon Urie and Sarah, his amazing wife, had me over. I show up, and it’s like Brendon and Pete Wentz sitting next to each other, and I just got to ask them every single question.”

Swift has long been Fall Out Boy’s fan, both musically and lyrically, and she loves talking about Wentz’ lyrics:

“Pete Wentz is probably—if I had to pick a favorite lyricist—it would be a tie between him and Lana Del Rey,” Swift revealed. “‘Blank Space’ is a song that’s just zingers, one after another after another, which I definitely learned from listening to Fall Out Boy.”

Check out a fragment from this interview below and listen to the full interview over here.

Fall Out Boy are one of Swift’s main influences, and she admires their play on words and outside-the-box thinking:

Is it the first time Swift has met Wentz? No. Just six years ago, she got up on stage with Fall Out Boy to perform at the Victoria’s Secret Fashion Show. If you’ve missed out on that performance, give it a look below.