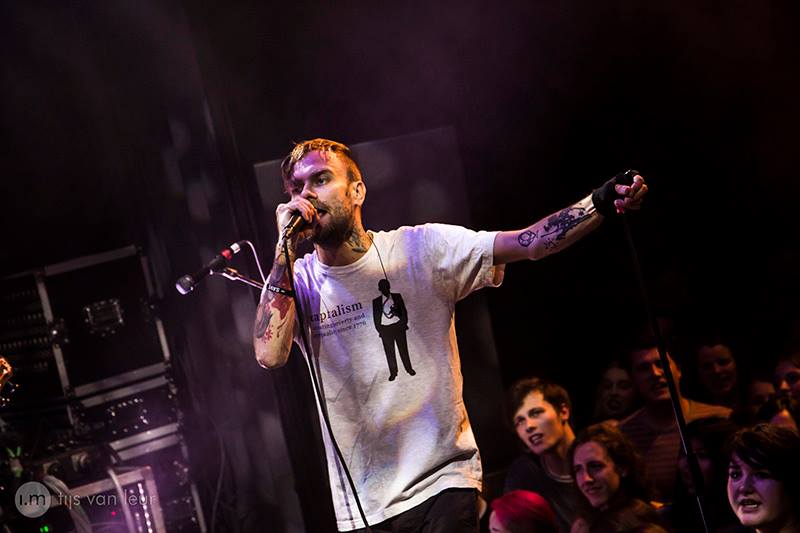 Produced by their old friend John Feldmann, the new record by The Used promises to be a blast

The band, which alternative rock scene wouldn’t be the same without, the pillar of the emo-rock is back and ready to surprise us with the new album! The Used have announced the details of the upcoming record Heartwork and unleashed the new single ‘Paradise Lost, A Poem By John Milton’ (what a name!).

Bert McCracken and his band mates are finalizing a new album, which will have collaborations with FEVER 333, Beartooth and blink-182. The record’s name Heartwork resembles HIM titles, from ‘Heartkiller’ to their logo, the heartagram. The album is due out April 24, and will be The Used first LP since 2017’s The Canyon.

It’s the first time The Used chose to produce the whole record on John Feldmann‘s Big Noise label, and the first taste of it was out at the end of 2019 – track ‘Blow Me’, featuring FEVER 333’s Jason Aalon Butler.

The other rock star guests on Heartwork will appear as follows: Beartooth’s Caleb Shomo has delivered the vocals for ‘The Lottery’, while blink-182 members Mark Hoppus has contibuted to ‘The Lighthouse’ and Travis Barker on ‘Obvious Blasé’.

Feldmann told AltPress how proud he is to be working with The Used and that without them he wouldn’t be where he is today.

“Look, without the Used, I don’t think we’d be talking,” Feldmann says. “The Used were definitely the catalyst that started my career as a producer. […] Ultimately, the Used are the one band that I knew I could help as a songwriter and as someone who can both arrange music and record music, I knew I could help them. So it is awesome to have come around full circle. There were years that went by where I thought, ‘Why wouldn’t I have done a label when I first discovered the Used?’

In other news from The Used, fans are holding their breath to hear a confirmation of band joining the recently reunited My Chemical Romance for their fall tour. The Used said a joint tour wouldn’t be surprising, only adding the fuel to the bonfire of the rumors circulating the net.

In the meantime, see Heartwork’s album tracklist and the new single ‘Paradise Lost, A Poem By John Milton’ below: