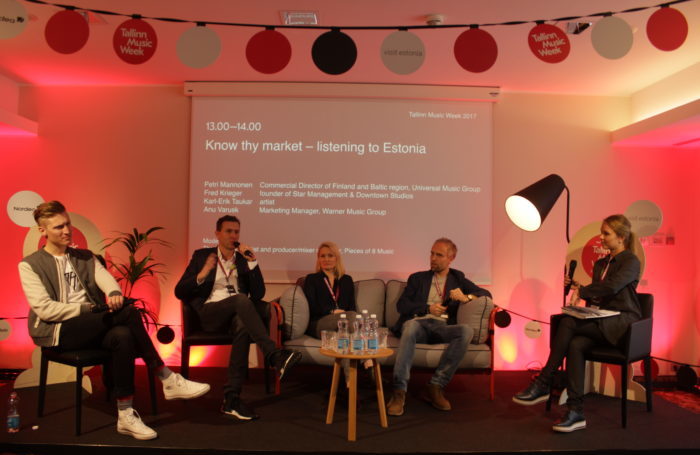 Can leading streaming services satisfy every taste and age? Should all genres be equally presented on Spotify, iTunes and the like? How to battle illegal streaming? 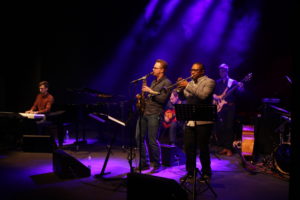 This time panel discussions revolved largely around current digital single market and streaming services, which dominate in the music industry. The experts shared their views on the spectrum of music in streaming apps and selecting which artists land on Spotify, iTunes and the like.

Is Spotify the platform which could satisfy every taste and every age? Should all genres be equally presented on Spotify? The panel agreed that it should be that way: it doesn’t matter if you’re a teenager or in your 60s, and whether you’re a hip-hop fan or only listen to classical music.

[quote align=”center” color=”#COLOR_CODE”]“My grandmother is the most “facebookalized” person”, says Estonian up-and-rising singer Karl-Erik Taukar. “She only need to make a couple of clicks to listen to my album”.[/quote]

But while for the majority using Spotify is a piece of cake, and there’s certainly a big variety of music on streaming services, there are still quite a few issues. While it seems that you can just stream songs legally, say on Spotify, a huge portion of us often end up on many websites offering music and films for streaming or downloading illegally, whether we realize that or not. Plus, music of certain genres is more likely to be downloaded illegally than others. Who is to blame for that and is illegal streaming nation-specific?

The music experts concluded that it’s mostly lack of education to blame, as parents simply don’t tell their kids what’s legal and illegal online, and most of us surf the net not even realizing we’re doing something illegal. Plus, iTunes and such simply don’t have enough music from artists of certain genres, so the listener goes elsewhere searching for stuff other than Beyoncé or Katy Perry.

But the world of streaming platforms isn’t just sunshine and rainbows. Whenever there’s a new streaming service trying to enter the market, it finds it almost impossible to be visible with Spotify and other giants at the forefront.

[quote align=”center” color=”#COLOR_CODE”]“We don’t need more streaming services: there are enough of them, I think,” says Petri Mannonen, commercial director of Finland and Baltic region (Universal Music Group). What needs to be done, though, is providing broader access to all sorts of music, he believes.”[/quote]

And last but not least, of those millions using iTunes and Spotify, how many are currently enjoying a paid subscription? The panel unveiled that about 30% are now paying for streaming music in Estonia, which is a really positive development. Do you know the figures for other countries? Let us know in the comments!

And what’s your favorite music streaming service? Do you use the paid or free version of it? Do you find all artists you like there or do you end up searching for some music elsewhere? What about your parents and grandparents? Do they use Spotify, iTunes and such or is it a different and scary world to them?