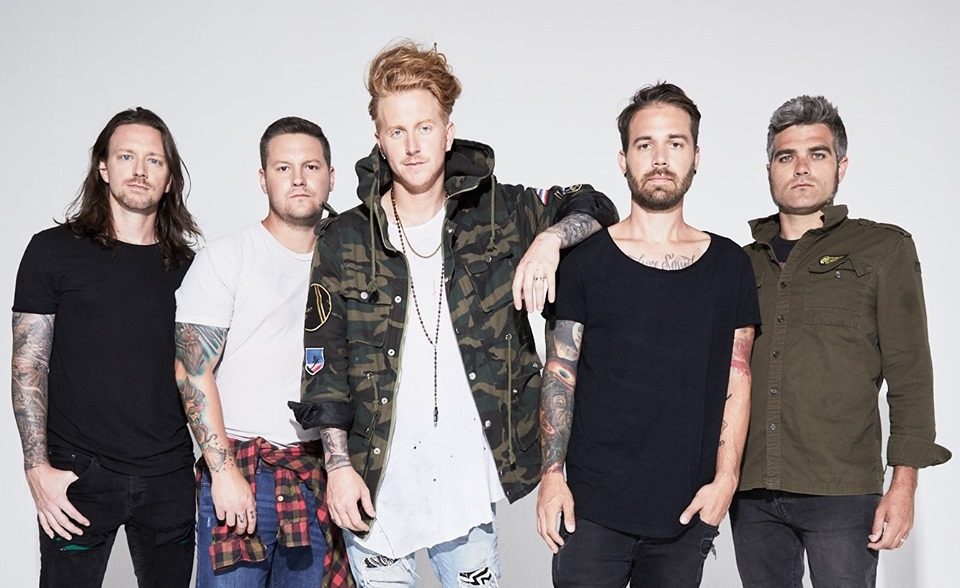 We The Kings have just embarked on a tour with their good friends Simple Plan and State Champs. Now, on top of that, the band has surprised fans with a new single, titled ‘Turn It Up’. Hear it and tell us what you think of it below!

It looks like We The Kings have been more than productive these last months. ‘Turn It Up’ was released just two weeks after the band’s recent collaboration with their tour pals Simple Plan and State Champs, the track titled ‘Where I Belong’. If you haven’t heard that one yet, scroll down to give it a listen right now.

Travis Clark & Co. took to Twitter yesterday and lit up fans’ expectations, as the post read: “Breathe in breathe out breathe in… new song tonight at midnight”. When the song came out, the band wrote:

“Bet you didn’t think you’d be hearing a new WTK song tonight, did you? TURN IT UP out now on all platforms!”

Listen: Have you heard WE THE KINGS’ new a capella song ‘Ally’?

It was last summer that We The Kings released their sixth album Six, but with this tempo of launching new singles, we might hear an announcement of the next record sooner than with most bands.

Are you planning to see We The Kings on tour with Simple Plan and State Champs this or next week? See the details of the tour here and get your tickets at this location.

Which of the two latest singles from We The Kings do you like best? Be sure to let us know in the comments on AlteRock Facebook and AlteRock Twitter!

More: WE THE KINGS frontman Travis Clark becomes a father