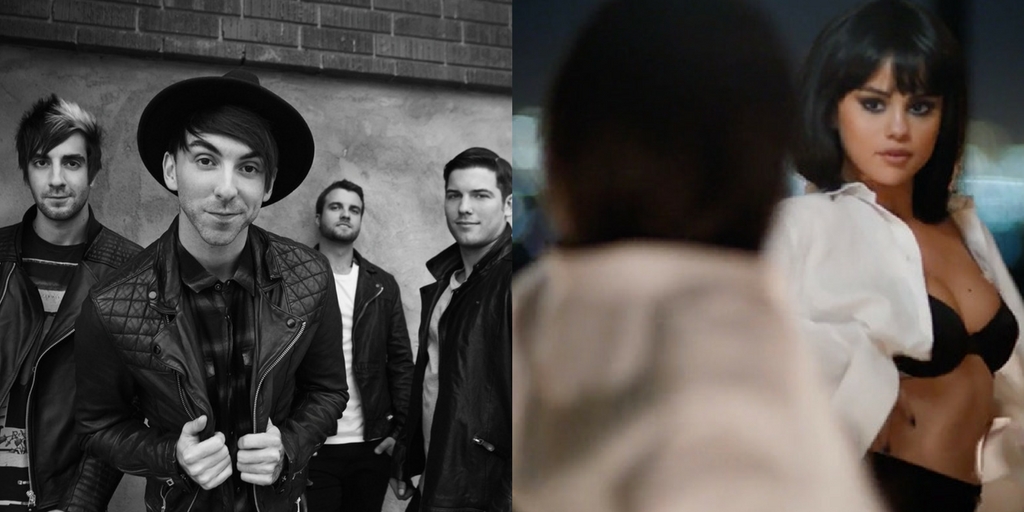 As a rule, rock bands’ fans do not welcome any rock covers for sweet hits by top-of-the-chart teenage pop idols. Like when Escape the Fate shared their acoustic rendition of Justin Bieber’s ‘Love Yourself’ last March, the group’s fans got divided into two camps: those who loved Craig Mabbit’s acoustic cover and those who ground their teeth and “forgave” the band for such a pop “deviation”.

That’s why we want your thoughts on All Time Low’s fresh acoustic cover of Selena Gomez’s world hit ‘Hands To Myself’ (see below). The cover was introduced by the band via SiriusXM Hits 1 radio show Hit Bound with Mikey Piff. Watch the video of ATL’s cover for Selena Gomez’s hit below.

It’s just a little over a week left to wait for ATL’s release of 2010’s Straight To DVD II: Past, Present And Future . The sequel DVD is scheduled to be out September 9. The release is a long-awaited one, as it was officially confirmed five years ago.

Check out ATL’s cover of ‘Hands To Myself’ below. Share your thoughts in the comments, and join Alterock Facebook and Twitter to stay tuned for rock and metal news.