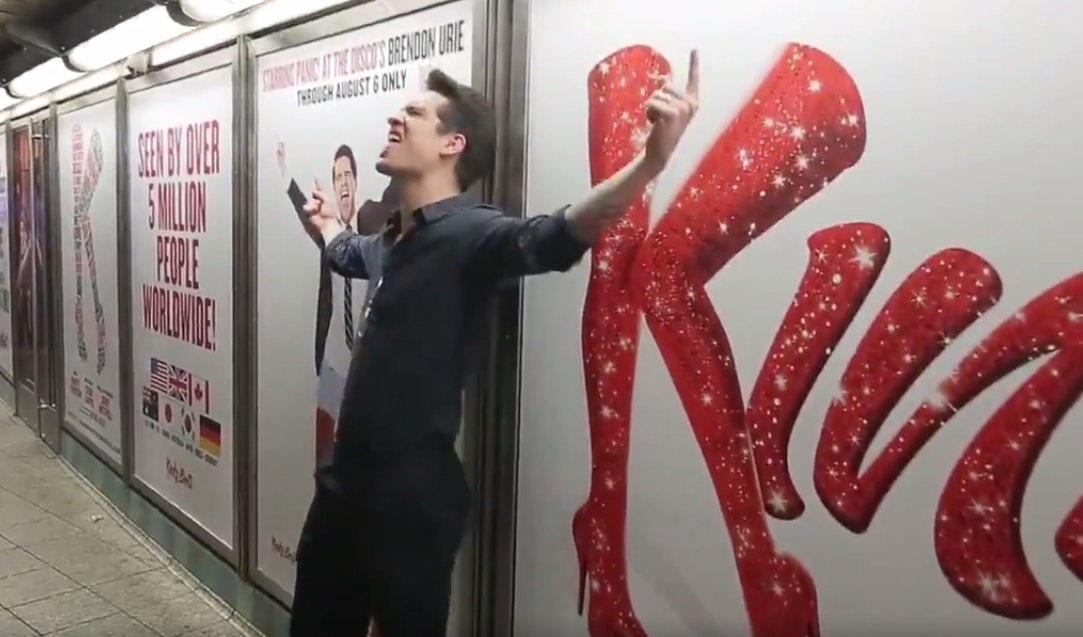 What does Panic! At The Disco’s singer frontman like doing offstage? Pretty much the same as onstage! Brendon Urie, who is currently rocking in musical ‘Kinky Boots’ on Broadway, apparently enjoys being in the public eye even in his downtime: a few lucky passers-by and a bunch of photographers caught him posing in the NYC subway station! Check out the video below!

Urie announced his joining the troupe of musical ‘Kinky Boots’ in April, and first demonstrated his vocals and acting skills on Broadway stage on May 26. The singer had to learn how to strut and dance in those kinky boots in order to play the part of Charlie Price in Broadway run of performances. In the video announcement Urie said:

“It’s been on my bucket list for the longest time, and it really is a dream come true. Plus you guys get to see me in those heels now, so that’s pretty cool. I really hope you guys make it out.”

The row of ‘Kinky Boots’ performances will end August 6 but there’s still 15 dates to go. In the meantime, enjoy the subway station video footage with Urie below. Leave your comments and stay tuned with AlteRock Facebook and Twitter to never miss on the news about your favorite alternative music!