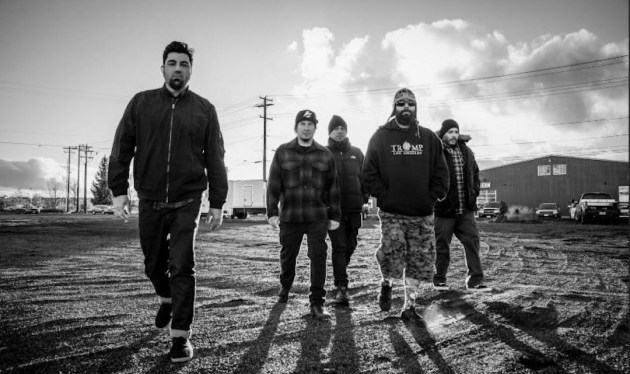 Deftones have shared the new track, ‘Hearts/Wires’, from their upcoming Gore album

The band’s upcoming album Gore is due for release on Friday, April 8. The process of recording Gore was not the easiest stage in Deftone’s discography. Carpenter explicitly expressed his dislike of the music direction his band mates chose to follow on the new album. The guitarist admitted to Rolling Stone that for him ‘Hearts/ Wires’ was one of the hardest songs to play on. “That song made me think of Wild Bill the whole time – psycho killer and shit,” he explained. “I just didn’t feel it. I had to embrace my inner psycho rapist and come up with the part and get into it.”

Deftones will jump back on the road on May 8 for another run of shows in the US, booked till mid June. The group will aslo appear at a few festivals, including London’s Wembley Arena on June 3. Wembley Arena concert was initially scheduled for 2015 but got postponed in the light of Paris attacks last November. The band will then head straight to Download Festival 2016. See the list of Deftones spring/summer shows below.

Give the new Deftones’ song a listen in the player below (the track starts at 2:40). Do you like the new track? Leave us your comments below and stay tuned with Alterock Facebook and Twitter to never miss on the news about your favorite alternative music!