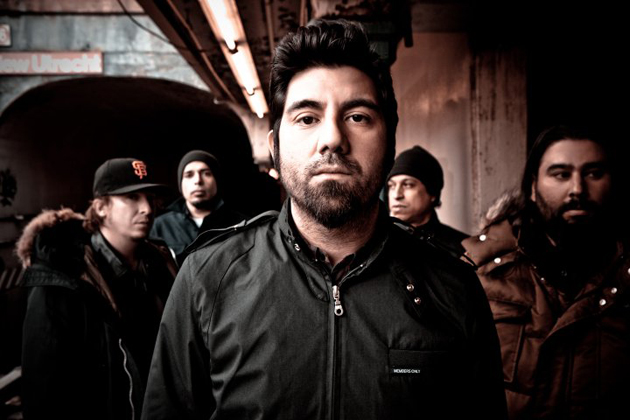 Deftones are streaming a new song, ‘Prayers/Triangles,’ which premiered recently on Zane Lowe’s Beats 1 Radio Show on Apple Music. The track is featured on the band’s upcoming record, titled ‘Gore,’ expected out April 8.

Here is what Deftones frontaman Chino Moreno says about ‘Prayers/Triangles’: “I feel like it’s just one of those songs that’s very ‘Deftones-esque,’ where that dynamic is there as far as that ebb and flow and that dynamic of just those parts that go at your throat. But, you know, it also has a soothing quality to it as well, and that dichotomy is what makes us who were are, in a way. It’s sort of our DNA. So I feel like it’s a good representation of where we’re at right now and where we’ve been in the past as well.”

To other Deftone’s news, the band has recently announced a mini-tour of Texas, constisting of the following tour dates:

Metal Injection website believes that Deftones will also stop in Austin on March 17-18 to play at South by Southwest festival, scheduled for March 15-20. According to the source, the band is simply not revealing this part of their tour plan yet.

Listen to the new song ‘Prayers/Triangles’ below, share your thoughts in the comments, and join Alterock Facebook and Twitter to stay tuned on the news about your favorite rock bands!