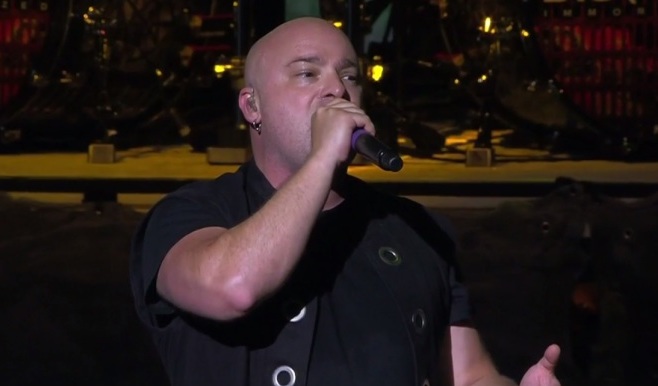 The power of nature surpassed the power of Yahoo Music streaming equipment, so the live stream of Disturbed show in Ohio on July 13 had to be cut short.

The concert in Cuyahoga Falls was “accompanied” by heavy thunderstorm, which made the musicians delay the show, “causing havoc outside”, as singer Daid Draiman put it. You can watch the entire recorded live stream at Yahoo Music at this location.

The vocalist recorded a video message to “Disturbed ones”, apologizing for the force majéur circumstances. Draiman puts a smile on your face when he goes, “Sorry, we’re pissed off. I’m sure you’re pissed off. But there’s somebody laughing”, he says with his index finger pointed upwards, “and I don’t think it’s very funny”. Watch the video message below.

Disturbed are currently doing a co-headlining tour with Breaking Benjamin, which wraps up on August 19. The band has also recently announced their new North American tour dates for fall 2016, in collaboration with the band Chevelle. Find tour details here.

A quick message from David about the weather delay during tonight’s show. We’ll be back soon! #disturbedtour2016 pic.twitter.com/0eLU3jBKqz