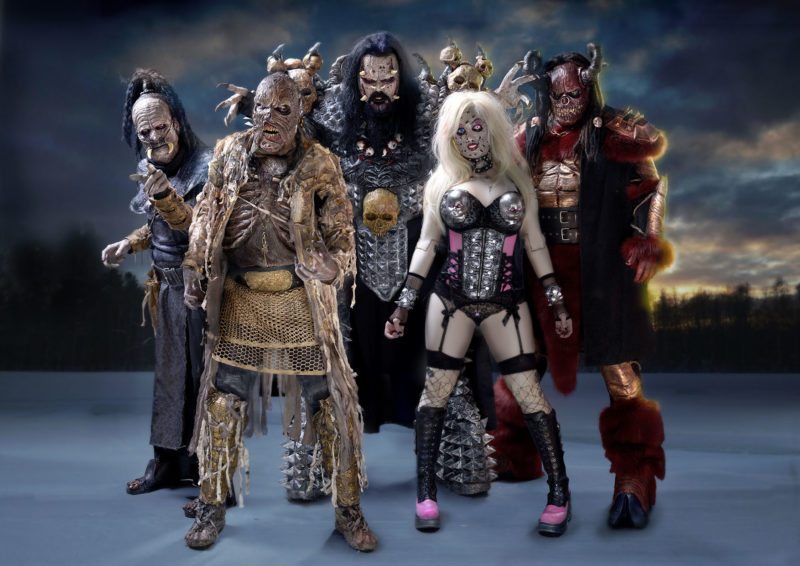 “I realized that the extra time on our hands had to be spent on something,” says Mr. Lordi

As Eurovision 2021 is nearing (and not going to be cancelled this year), Eurofans have something apart form the upcoming contest to be stoked about. Finland’s 2006 Eurovision winners Lordi have just announced the release of not one but seven albums in October! How? What? Seven?!

Since their tour cancellation last spring, Mr. Lordi and his band mates have been overproductive:

“A week after the Killection tour was interrupted in March 2020, I realized that the extra time on our hands had to be spent on something,” the frontman, Mr. Lordi, told Rumba. “It was clear that it was time to start planning a new album, even though it hadn’t been even two months since Killection came out. I think the most boring option would have been to make a new, traditional Lordi record after Killection.”

Apparently, the creative Finns could have recorded even more material over the restrictions-driven period. But the idea wasn’t welcomed by the band’s record agents:

“My original idea was to release ten albums, but the record company announced the idea was insane,” says the vocalist.

The band assures fans that even though album will be released over such a short period of time, they won’t repeat each other sonically:

“Each album will sound different compared to the others, as they each represent a different style as well as an era on Killection’s timeline. Five of the albums are already ready, and the sixth will be finalized at the best time.”

Lordi made history by winning the Eurovision Song Contest 2006 with their rock anthem ‘Hard Rock Hallelujah’. Interestingly, this year Finland chose a modern metal act, Blind Channel (check out our interview below). The Oulu-born band will hit the stage with the catchy hard-hitting track, ‘Dark Side‘.

The 65th Eurovision Song Contest, which will be held in Rotterdam, the Netherlands, on May 18-22 promises to be the most unusual and unforgettable, due to its mixed live/online format and permitted recording of the backing vocals.