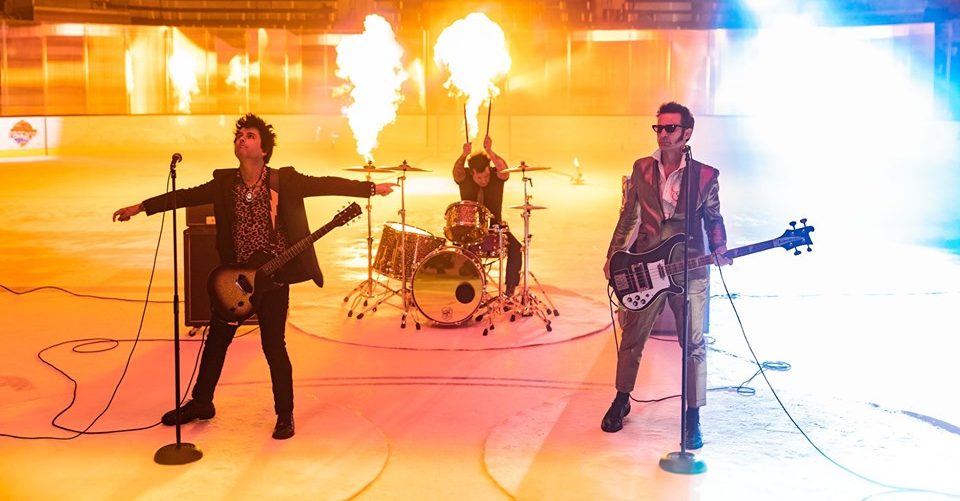 As Green Day’s upcoming album Father Of All is slowly nearing its release, the band has finally released a new song from it, ‘Fire, Ready, Aim’. The band promised a week ago that it would air during a video montage ahead of an NHL game. And it’s here now – give it a listen below!

Introducing the song on Twitter, Green Day wrote that ‘Fire, Ready, Aim’ is about “our daily outrage” and how to deal with it. “How many trolls does it take to screw in a lightbulb? The answer is Fire Ready Aim! A new tune for the loons! This song is about our daily outrage. Attack without thought.. hyperbole. Anyway stick a hammer in your mouth. Shut up and dance!” Check out the post below.

Watch: GREEN DAY have no mercy on Donald Trump in ‘Troubled Times’ video

‘Fire, Ready, Aim’ is now the opening theme track for the National Hockey League and NBCSN’s Wednesday Night Hockey game. In the U.S. you’ll also be lucky to hear the song on NHL on NBC broadcasts throughout the entire 2019-2020 season.

You can stream and enjoy ‘Fire, Ready, Aim’ at this location or in the player below. The song will be featured on Green Day’s winter release – album Father Of All…, which is scheduled for February 7. Year 2020 will be very active for the band, as they’ll first be on a solo tour run, followed by the massive Hella Mega Tour with Weezer and Fall Out Boy next summer.

Take a look below at the list of tour dates and pick up your tickets here.

THE HELLA MEGA TOUR with Weezer and Fall Out Boy: